The World Cup is one of the most iconic international sporting events in the world, dating back as early as 1930, and has been an annual tournament every 4 years. It has since evolved into a global celebration of sport and the coming together of nations.

Let’s take a walk down memory lane and reminisce the most iconic moments that made World Cup history.

1950: World Cup attendance record was set during the Brazil vs Uruguay match final at 199,854 match spectators

On 16 July 1950, almost 200,000 fans flocked to Maracanã Stadium in Rio de Janeiro, to witness the deciding match between Uruguay and Brazil. This was the last match of the final group so Brazil only needed to achieve a draw to win. However, Uruguay emerged victorious with a score of 2-1.

It is still the highest attended match in World Cup history.

1970: Gordon Banks’ ‘Save of the Century’ from Pelé’s header goal

We are deeply sorry to hear of the death of @England World Cup winner @thegordonbanks.

He was one of the game's greatest goalkeepers, a provider of stunning World Cup memories & a gentleman.

Our thoughts are with his family & friends. pic.twitter.com/tsD4c71Ixt

In a group stage match between England and Brazil, Gordon Banks stunned the world and made history with his ‘Save of the Century' against a seemingly sure header goal from Pelé.

Gordon Banks even recalls that Pelé shouted ‘GOAL’ as he struck the ball; he had a clear and sure shot but was met with Banks' iconic save.

Pelé has praised his opponent's skill and later grew a strong bond with him, regarding it as the best save he has ever seen.

This photo transcends history and perfectly depicts what sport means. Two of the most influential players of all time, Pele and Bobby Moore, were captured in an embrace after the conclusion of the 1970 match final between Brazil and England in Mexico where Brazil bagged their 3rd World Cup.

The pure happiness captured at this moment as the two players lock eyes and exchange shirts has moved millions and continues to be an iconic moment in World Cup history.

43 years ago today, at the 1974 @FIFAWorldCup, the Cruyff Turn was born!
Learn it yourself with @touzani7 https://t.co/N0jkSA1gqI #14forever pic.twitter.com/WJsZjzysvN

Dutch player Johan Cruyff is one of the best players in World Cup history, known for his creativity and control of the ball. In the 1974 World Cup, during a group stage match between Netherlands and Sweden, Johan Cruyff invents a move that generations will be mastering today known as the Cruyff Turn.

The Cruyff Turn is a dribbling move that evades a close opponent by faking a forward movement and doing a sharp turn backwards instead, gracefully changing directions. The move takes great agility and is quite difficult to master.

In 1994 Bebeto’s son, Mattheus, was born two days before Brazil’s quarter-finals match against the Netherlands. Bebeto is known to be a family-oriented man and dedicates his life and victories to them.

He received a pass from teammate Romario during the game and drove the ball into a spectacular goal. He then celebrated by doing a baby cradle rocking motion to signify that the goal was for his newborn son. His teammates Romario and Mazinho quickly join him as the crowd goes wild. This moment is forever cemented as a heartwarming moment in World Cup history.

On 11 April 2001, Australia breaks the world record for the largest victory in an international football match, winning the game 31–0 against American Samoa during a qualifying match for the 2002 FIFA World Cup.

Australia’s Archie Thompson scored 13 goals, breaking the world record for most goals scored by a player in an international match.

Before the 2002 World Cup, the tournament has been hosted primarily by countries in Europe and America. This was a defining moment for the World Cup and the international sporting community as the Asian culture was showcased and celebrated.

Did you learn something new about the World Cup’s history? Which one was your favourite moment? Let us know in the comments below! Do share this article – it keeps us going. 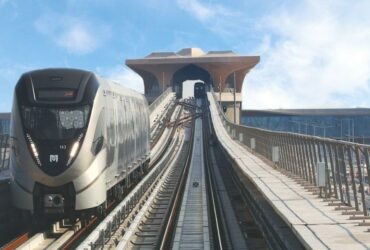