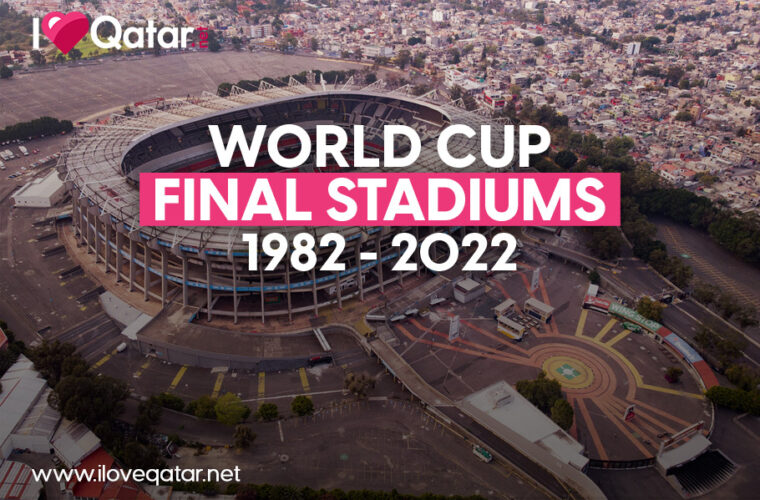 Can you feel the World Cup buzz yet? The ILoveQatar.net (ILQ) team is here to set the mood and take you on a reminiscent journey showcasing the last ten stadiums the world cup finals were played at.

Sit back, enjoy the read and find out some fun facts!

This stadium opened in 1947 under the name of Nuevo Estadio Chamartin; however, after eight years of opening was changed to Estadio Santiago Bernabeu in honour of Real Madrid club-president Santiago Bernabéu. He identified the requirement of a 100,000-plus capacity stadium that the Real Madrid club needed and initiated the construction.

The stadium was host to three matches during the 1982 tournament.

Mexico's biggest stadium, built in 1960, was a construction struggle due to the hard volcanic rock within the land. It took a total of 4 years to complete.

This was a purpose-built stadium to be the flagship venue for the 1970 world cup, after which it went on to host the world cup 16 years later.

The construction of this stadium began before the second world war in 1928 and was officially opened in 1953. The stadium has gone through significant capacity changes, starting with 100,000 to 53,000 when terraces were converted to seats for the 1960 Olympics, and lastly to 74,000 when the renovation took place before the 1990 world cup.

Works in preparation for the 1990 world cup were only supposed to be refurbishments; however, they went on to redesign, leading to a new look altogether.

The stadium has a rich history dating back its opening in 1922. It was built to host college American football games, especially the Rose Bowl game, where it got its name.

Initially, the stadium was in the shape of a horseshoe during which the capacity was 56,000. However, it was renovated to the shape of a bowl that took the spectator capacity to over 100,000.

This stadium was built to facilitate the 1998 world cup as none of the stadiums at the time had a capacity of over 45,000 spectators.

The stadium is now the largest in France. Its construction began in 1995 and was completed after 31 months on 28 January 1998.

It is home to the momentous memory of Zinedine Zidane, who scored the first and only goal of the friendly match between France and Spain to mark the opening.

This stadium boasts the title of Japan's largest stadium that took 4 years to build at approximately 60.3 billion yen (QR 1.5 billion).

The stadium opened in 1998 and was chosen as the prime location for the 2002 world cup, having hosted 4 of the tournament's matches, including the finals.

This stadium has a strong historical significance, built to accommodate the 1936 Olympics.

The stadium was mostly untouched until 1973; however, it underwent significant renovation post that. By 1990 the stadium began losing its flare again, thus, becoming a subject of debate with voices calling for it to be a football-specific stadium. But it was then retained as a multi-purpose stadium and underwent thorough renovation after hosting the 2006 world cup finals.

The stadium is open for tours on non-event days to admire its notable locker rooms, underground warm-up halls, and VIP areas. Get more details here.

The stadium gets its shape inspired by an African pot called 'calabash'. It has a hosting history after being the venue of choice for the Africa Cup of Nations finals in 1996 and 2013.

The Maracanã stadium opened as the flagship stadium for the 1950 World Cup.

The stadium took almost two years to construct and was completed in 1950, after which it hosted the tournament's opening match between Brazil and Mexico (4-0).

Estádio Mário Filho is the official name of the stadium, which gained its name after the death of Brazilian journalist Mário Filho; however, it continues to be fondly known as Maracanã.

Initially known as the Central Lenin Stadium took 450 days to build with works that began in 1954 and officially opened in 1956.

The stadium marks a historical milestone as the stadium upgrade commemorated the Soviet Union's first post-war successes at the 1952 Olympics.

Lusail Stadium is part of the new stadiums built to host the World Cup 2022. It is also the flagship venue for the tournament, where six first-round group matches will be played, along with the semi-final and finals.

Inspired by the shape of bowls, vessels and art pieces used across the Middle East for centuries, it took about four years to complete the construction of this stadium.

Many parts of this stadium will be dismantled after the tournament. 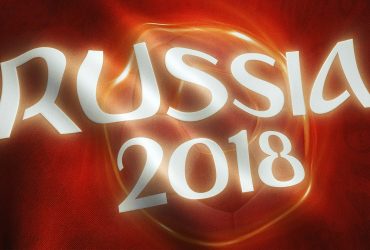