The FIFA World Cup is a global sporting phenomenon that fans celebrate every four years. Each tournament is hosted by a different country and offers a unique signature from the official poster, mascot, theme song, and logo.

Let’s look at the different FIFA World Cup logos through the years and get to know their symbolism.

The first ever FIFA World Cup logo was introduced in 1954 with Switzerland as the host. It features a simple design with the Swiss flag incorporated on the football at the center of the logo.

The logo is designed by Saul Bass, so the major elements are the silhouette of a player kicking the football in the air.

VM in big capital letters is on the player's background, representing Varldsmasterskapet, Swedish for “World Championship".

Chile’s 1962 World Cup logo features the nation’s flag on the stadium field, symbolizing that the tournament would take place on their soil.

The stadium's background is both a ball and a globe, symbolizing the sporting event being a global celebration.

The 1966 World Cup logo dons the host country’s flag colours. The Jules Rimet trophy, the former World Cup trophy, is at the center of the logo with the globe in the shape of the ball in the background.

The logo for the 1970 World Cup showed off a minimalistic design with the imprint of the football and the use of the inline font for the text. The font draws inspiration from the country’s Olympics logo they had hosted two years prior.

The next World Cup logo follows the minimalism trope with a bold graphic of a ball in motion. WM stands for Weltmeisterschaft, which translates to ‘World Cup’ in German.

In 1986 the World Cup hosted by Mexico followed the slogan “the world united by ball” and was visually represented in the logo.

Depicting a ball nestled between two globes featuring both sides, each matched with the iconic inline typography. This was inspired by Lance Wyman's 1968 Olympic identity, also used in the poster and logo for the 1970 World Cup.

Similar to the 1970 World Cup logo by Mexico, the 1990’s Italy World Cup features a minimalistic negative space-designed ball utilizing the colours of the Italian flag. The text “Italia ‘90” can be seen at the bottom in stencil-style font.

The logo represents the host nation’s flag with the ball substituting for the stars over the iconic red stripes.

The 2002 World Cup logo takes on a more contemporary design as World Cup makes history by having two host countries for the first time.

The zeros for 2002 are designed to depict an infinity symbol. The logo features a dynamic design of the World Cup trophy, which symbolizes unity between South Korea and Japan, fluid movement in the sport, and the inbounding of the ball.

In 2006, the World Cup took on the slogan of “Time to Make Friends” as Germany, being the host, showcased its hospitality to the world during the tournament.

The slogan is represented in the logo with faces depicting laughter and smiles. Two of the faces in the middle form a “06”.

The 2010 World Cup hosted by South Africa was truly a historic time for the nation, bringing itself to a global stage. The slogan for that year’s tournament was “Ke Nako. Celebrate Africa’s Humanity.”

Ke Nako translates to ‘it’s time', and it was indeed Africa’s time to shine. The logo featured a silhouette of a player performing a bicycle kick with a background of South African colours.

Starting the trend of logos in the shape of the trophy, Brazil’s 2014 World Cup logo is titled “Inspiration”. Like its poster, the design depicts many representations of Brazil.

The use of green and gold colours represents Brazil’s national colours and the nation’s lush greenery and golden beaches. The arms forming the trophy shape represent a celebration of people, the five fingers representing Brazil’s five World Cup titles.

Like the 2014 logo, Russia’s 2018 World Cup logo features the shape of the trophy that also features Russia’s space adventures and achievements.

The logo features swooping curves that form the silhouette shape of the trophy. At the top of the figure are slopes representing the smooth waves of desert dunes.

The figure forms the number eight, which signifies the number of stadiums hosting World Cup matches in Qatar. It can also be interpreted as the infinity symbol, representing the nations' unity for the sport. Its fabric-like appearance also represents the 'shaal' or scarf traditionally worn in Asian and Middle Eastern cultures.

The main colours: white and maroon, represent the colours of the Qatari flag. On the upper left of the figure, a football icon represents the sport of the tournament. The floral pattern on the lower right is reminiscent of the floral patterns found in traditional Arabian pottery, textiles, and even on the 'ghitra' which are the headscarves worn by men in the Middle East.

Which of these logos was your favourite? Let us know in the comments! Do share this article – it keeps us going! 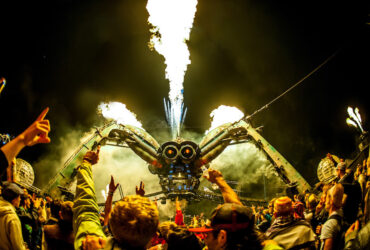 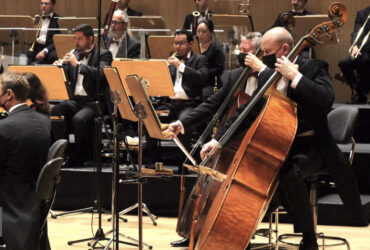