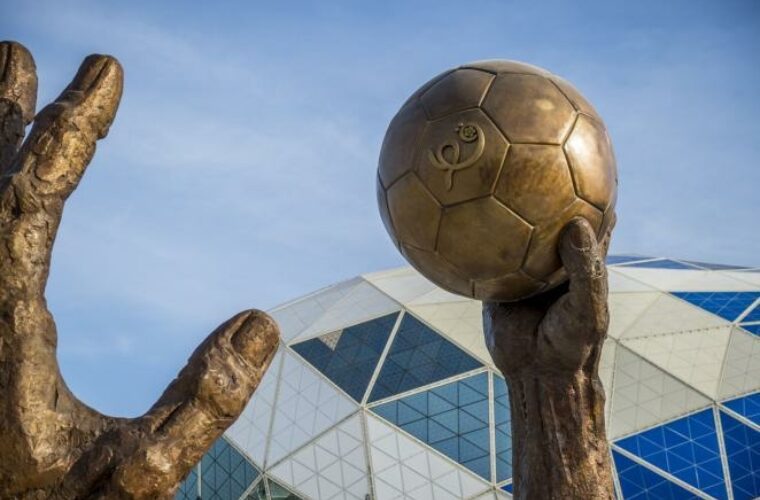 Public art, in particular, can provide different perspectives to each and every individual – it helps to stir our imagination and incite our thoughts! Doha is home to many beautiful works of public art. Here we focus on the five impressive pieces of public art in Doha.

1.The Force of Nature

'The Force of Nature', as its title suggests, symbolizes human strength and determination against all odds. Created from a mixture of bronze, aluminium, and steel, it was designed by Lorenzo Quinn, who has said that his inspiration to create the piece emerged from his contemplation of the destructive power of tropical storms, hurricanes, and typhoons around the globe. As he states:

“After having seen the ravaged coast of Thailand and the hurricane that affected the Southern States I decided to create a sculpture dedicated to Mother Nature.”

The sculpture shows Mother Nature in full, furious force, flinging our planet around in circles. It speaks to us of the unpredictable, often devastating power of nature, and reminds us never to take that power for granted.

One of the most eye-catching works of public art in Qatar is ‘The Challenge 2015’ which is actually five bronze sculptures of giant hands stretching skywards. Created by Iraqi artist Ahmed Al Bahrani, they're situated outside the Lusail Multipurpose Hall and were created to commemorate the 24th Men’s Handball Championship in Doha. The sculptures have come to symbolize athletic achievement and the pursuit of sporting excellence.

'Gandhi’s Three Monkeys' was created by Indian artist Subodh Gupta and is placed in the middle of Katara Cultural Village. This thought-provoking piece is actually a collection of three sculptures portraying human heads wearing different headgear. One wears a gas mask, another a soldier’s helmet, and the final one has a terrorist’s hood. The headgears have been constructed using everyday objects utilized in Indian households such as lunch boxes, cooking utensils, glass bowls, and used pails. Their theme is quite simple – peace and the end of wars. Mahatma Gandhi was a prominent freedom fighter in India, and the sculptures are dedicated to his memory. The dominant message from these fabulous pieces of public art is resonant of the legendary ‘three monkeys’ -- one covering its eyes, one its ears, and the other it’s mouth, implying the ancient adage:

“See no evil, hear no evil, and speak no evil.”

'Maman' is a sculpture of a giant spider installed in the Qatar National Convention Centre at Qatar Foundation. Designed by French-American artist Louise Bourgeois, it's approximately thirty feet tall, and is constructed of marble, bronze, and stainless steel. The setting of the sculpture in a relatively unusual location compels visitors to stop and enjoy supreme artistic beauty in an everyday setting. The sculpture is an ode from the artist to her mother who used to work as a weaver in France. In the sculpture, the spider depicts a protective mother carrying her eggs. According to the artist, spiders are friendly, helpful, and protective – just like her own mother. Tragically, the artist lost her mother when she was just twenty-one years of age.

Some of the most talked about and notable works of public art in Qatar are the fourteen huge bronze sculptures that had been covered up for years. However, recently this public art has been opened to public again! The sculptures illustrate the gestation of a fetus inside a uterus from conception to birth. The final statue is one of a 46-foot-tall baby boy. On display outside Sidra Medicine, the sculptures are specifically dedicated to all mothers and their children. The installation is a bold and controversial artistic commission that often inspires lively critical debate from locals and tourists alike. Created and conceptualized by internationally controversial artist Damien Hirst, he famously stated:

“Everyone talks about our life’s journey, but we have a whole journey before we’re born.” -- Damien Hirst

There's no doubt that creativity improves the human condition and the people of Qatar and tourists alike are well served with many great, accessible examples of such creativity. 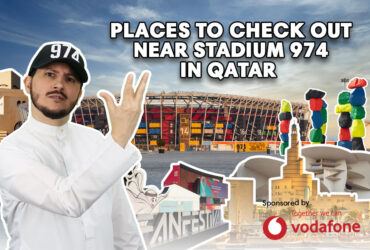