We are in solidarity with Afif even if we all get suspended: Al Sadd player Boualem Khoukhi 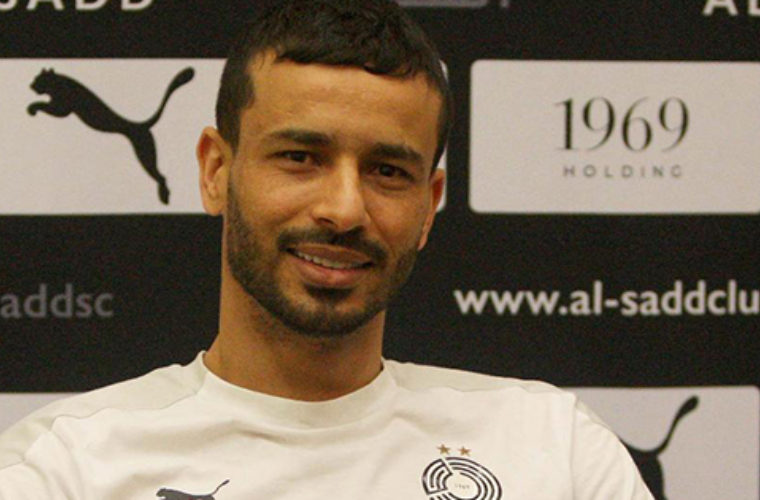 Before the upcoming confrontation between Al-Sadd and Al-Duhail next Friday in the Qatar Cup final, Al-Sharq met up with one of star footballers of the Al-Sadd team - Boualem Khoukhi - to talk about the upcoming matches well as the hefty fine and suspension of Akram Afif for two matches, a punishment given to him by the Qatar Football Association that has sparked a lot of controversy recently.

Al-Sharq asked Khoukhi if Afif deserved to be suspended from the next two matches, to which his answer was:

"I cannot talk about punishment, as I fear they will punish me, too, if I talk about this matter, but there are other players without mentioning names in the league who spoke and said many things about the referees and they were not punished. So, why is Akram Afif punished only. Either you punish everyone or not punish anyone. Other players accused the referees and did not get punished.

"In the end, I don’t see that Akram Afif said something that deserves to be punished or signed by this suspension, and for us as players, we are all like Al Sadd players in solidarity with Akram Afif even if the matter calls for him to stop us all because we have suffered a lot. From this matter because of Akram's suspension, Akram's suspension caused damage to the team as a whole."

When asked if Afif's absence would affect the team, Khoukhi replied:

"Akram Afif is an important player and an essential and indispensable element. We hope that we will succeed in the match final and achieve the title, and he wants to return to participate with us after the end of the suspension. Akram Afif’s suspension had a great impact on the group as a whole and on the team in general, so justice is either to punish everyone or not punish anyone."

The controversy started when Afif's statement during an interview with AlKass Channel on 18 February 2021 sparked a debate on social media and in sports circles.

In his statement, Afif said:

Subsequently, Al Sadd captain Hassan al-Haydos refused to comment to AlKass Channel when asked about his team Al Sadd's match with Al Arabi in the QNB League. Although, he did not say so in as many words, it is being widely believed that Al-Haydos was protesting against the disciplinary action taken against Afif, according to a report on the Al-Sharq website.