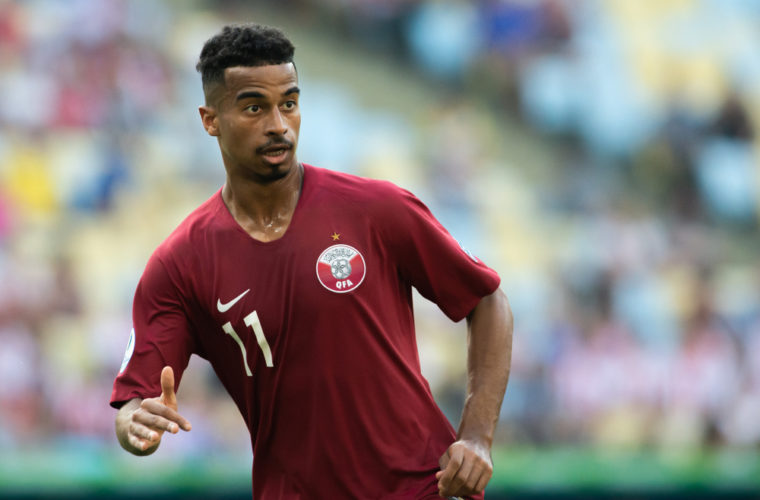 The Qatar Football Federation (QFA) explained in a tweet via its official Twitter account that Qatari footballer Akram Afif who plays for the Al Sadd Sports Club has been fined QR 30,000 and suspended for two matches for statements he made during an interview with AlKass after the Qatar Cup Semi-final match against Al Rayyan, according to a report on the Al-Sharq website.

Afif's statement during the interview with AlKass Channel on 18 February 2021 sparked a major controversy on social media and in sports circles.

In his statement, Afif said:

“I was roughed up more than once, and then I was injured in the presence of the referee, and the same thing happened with Hassan Al Haydos.” (Al Sadd Club)

The two matches from which Afif has been suspended are the next match in the QNB League competition and the Qatar Cup finals.

The federation noted that the suspension and fines were due to the statements of Akram Afif media based on articles No. 77/4 and 3-9/1 of the disciplinary regulations for the 2020-2021 season.

Article 77/4 of the Disciplinary Regulations for the 2020-2021 season stipulates that a person may be punished in accordance with Article 9 if he or she makes public statements that offend the Federation, the Management of the Qatar Stars League or any club or are contrary to their interests through the media or social media.