[FURTHER UPDATED] Your guide to the FIFA CLUB WORLD CUP 2020™! 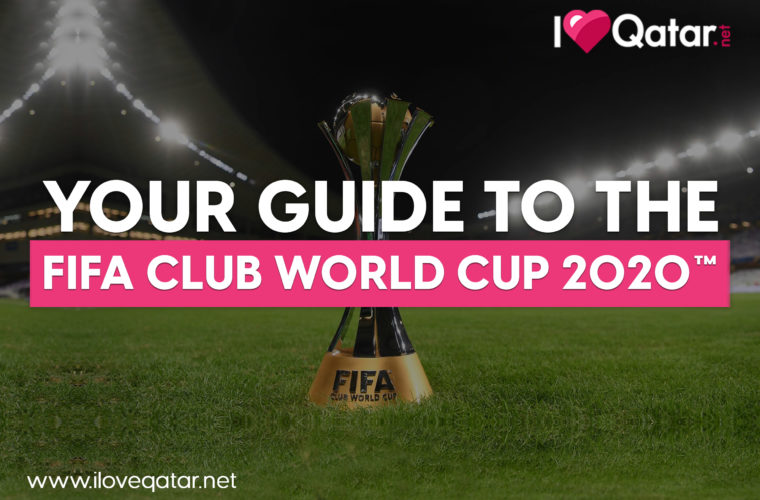 The FIFA Club World Cup Qatar 2020 final will be played between FC Bayern Munich and Tigres UANL at the Education City Stadium on 11 February! Al Ahly SC will battle it out with SE Palmeiras for 3rd place at 18:00 (local time). More tickets are now available for the 3rd place match and the final of #ClubWC.

Al Duhail SC won 5th place in the FIFA Club World Cup 2020 after beating Ulsan Hyundai 3-1 at the Ahmad Bin Ali Stadium, while Tigres UANL are through to the finals after they defeated Se Palmeiras 1-0 at the Education City Stadium.

Ulsan Hyundai and Al Duhail SC will battle it out for the 5th place on February 7 (18:00 local time) at Ahmad bin Ali Stadium.

Where to watch the FIFA CLUB WORLD CUP 2020™ semi-finals (aside from stadiums)?

After being postponed due to the COVID-19 restrictions last year, we're finally days away from the FIFA CLUB WORLD CUP 2020! Qatar will be hosting the next FIFA Club World Cup from 4 to 11 February 2021.

The FIFA Club World Cup is played between the six continental champions from around the world, with European Champions League winners Bayern Munich being the first qualifying team. Last year, when the tournament was held in Qatar, Liverpool won the finals against Brazilian club Flamengo.

Note: Save this article as we'll be adding updates as soon as we get more information!

How to purchase tickets

A last-minute sales phase, giving fans a final chance to purchase any remaining tickets, will take place following the exclusive Visa Presale. Tickets will be available via FIFA.com/tickets.

Starting 18 January 2021, at 12:00 AST / 10:00 CET, Visa cardholders in Qatar have the chance to purchase tickets during exclusive Visa Presale for the FIFA Club World Cup Qatar 2020™ presented by Alibaba Cloud.

Fans have an exclusive opportunity to secure match tickets on FIFA.com/tickets by using a Visa card until 12:00 AST / 10:00 CET on 21 January. Visa, the Official Payment Services Partner of FIFA, is the preferred payment method for fan ticket purchases for the FIFA Club World Cup Qatar 2020™.

Following the success of the exclusive Visa Presale for the FIFA Club World Cup Qatar 2020™ presented by Alibaba Cloud, which was due to conclude January 21 at 12:00 AST / 10:00 CET, FIFA has now extended the sales period for Visa customers.

Fans will now have an extended and exclusive opportunity to secure match tickets on FIFA.com/tickets by using a Visa card until 12:00 AST / 10:00 CET on 24 January.

The FIFA Club World Cup Qatar 2020™ will see the world’s top teams come together next month to compete for the most prestigious honor in global club football. Matches will kick off on 4 February, with the final taking place on 11 February.

The tournament will be contested by:

Following the withdrawal of Auckland City, the local team, Al-Duhail SC, will move directly to the second round.

The draw to finalize the pairings will take place in Zurich on 19 January at 16:00 CET.

The draw revealed that Tigres UANL and Ulsan Hyundai FC will face each other in the first game scheduled for 4 February at 17:00 local time (15:00 CET) at Ahmad Bin Ali Stadium.

The draw also revealed that the CONMEBOL Libertadores champions (to be crowned on 30 January) will take on the winners of Tigres UANL v. Ulsan Hyundai FC on 7 February, with FC Bayern Munich facing the winner of Al Duhail SC vs. Al Ahly SC a day later.

A total of 138 players are expected to head to Qatar, as each squad comprises 23-man lists. With FC Bayern Munich’s Manuel Neuer, Javi Martinez, Thomas Müller, David Alaba and Jérôme Boateng, as well as Palmeiras’ Luiz Adriano, the latest edition of the FIFA Club World Cup™ includes six players who have already won the tournament.

Al Ahly SC will be proceeding to the semifinals against FC Bayern Munich on 8 February, 21:00 local time at Ahmad Bin Ali Stadium and additional tickets for the match have been announced. You can purchase it here.

Al Duhail SC won 5th place in the FIFA Club World Cup 2020 after beating Ulsan Hyundai 3-1 at the Ahmad Bin Ali Stadium, while Tigres UANL are through to the finals after they defeated Se Palmeiras 1-0 at the Education City Stadium earlier tonight.

🛣 The road to the #ClubWC final becomes clearer 🏆

🤩 The semi-finals should be spectacular!

🤔 Who do YOU think will make the final? pic.twitter.com/eXuKVxkiCl

Fans planning to attend FIFA Club World Cup Qatar 2020™ matches are being advised to take the Doha Metro and arrive at least one hour before kick-off.

In order to help fans to plan their journeys, the FIFA Club World Cup Qatar 2020 Local Organising Committee (LOC) Operations Director, Abdulaziz Al Mawlawi, said: “Our main message to fans is to plan ahead before you travel. Check the official channels and social media for any updates in relation to road closures, public transport and COVID-19 protocols.”

Al Mawlawi continued: “We encourage all spectators to arrive at least one hour before kick-off. Be prepared to follow any social distancing measures – wear a mask, show your EHTERAZ app when prompted and don’t get too close to anyone who is not from the same household.

“We are also advising people not to be in a rush to leave the stadium after the match ends. Traffic is likely to be heavy and people may need to wait to board the Doha Metro due to social distancing measures. Metro services will be running much later than usual to help ensure fans have a smooth journey back home.”

Al Mawlawi also advised anyone not attending matches to allow extra time for their journey by road or metro. He also pointed out that temporary road restrictions would be in place around each stadium on match days.

In light of the COVID-19 pandemic, the host country will provide the required safeguards to protect the health and safety of all involved in the competition. Additional information on coronavirus safety measures for this event can be found on FIFA.com.

At this time, only residents with QIDs, Gulf Cooperation Council citizens, and those with exceptional entry permits (EEPs) can enter the country, subject to State of Qatar visa and entry protocols.

At the stadiums and surrounding precincts, attendees must wear a mask, adhere to social distancing, undergo a temperature check on arrival and show the status of their Ehteraz track and trace application. Clinics will be set up within each tournament venue to treat anyone who displays COVID-19 symptoms.

How many fans will be allowed to watch the FIFA Club World Cup 2020™?

30% of fans will be allowed in the two stadiums, according to Dr. Abdul Wahab Al-Musleh, Senior Consultant to the Minister of Public Health, at a press conference.

What are the three categories of fans allowed at FIFA Club World Cup 2020™ ?

You can watch the matches live at the Mall of Qatar! The Nation’s Mall offers its visitors the best opportunity to live the excitement by watching the matches on the giant screens at the 360 degrees Oasis stage, giving them an ideal alternative to live watching of the games, and allowing an integrated shopping, dining, and watching experience in a safe environment. 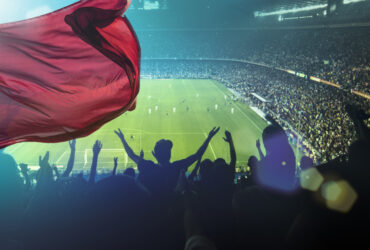 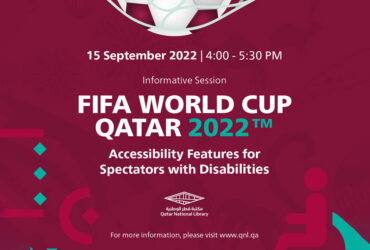 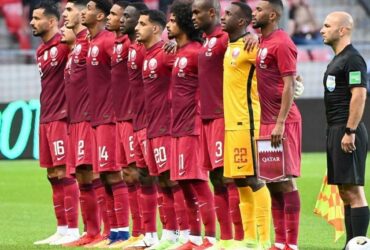