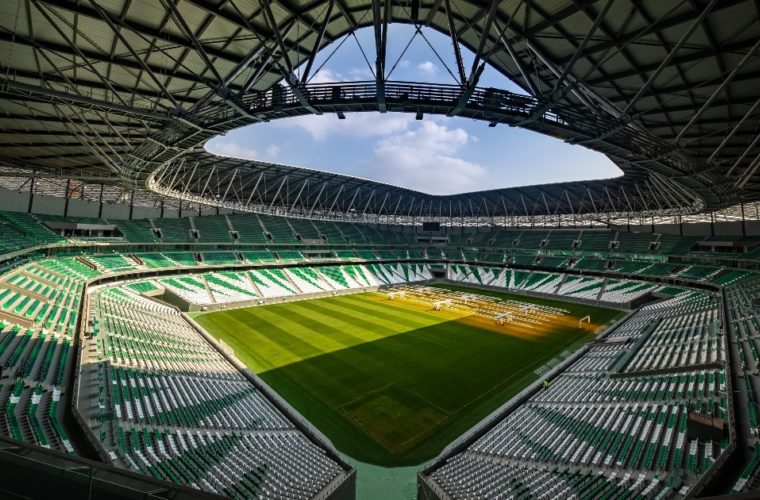 Following the successful hosting of the AFC Champions League and Amir Cup finals, Qatar is gearing up to host the FIFA Club World Cup for the second time, with matches taking place from 4-11 February 2021.

Due to the ongoing COVID-19 pandemic, the six-team tournament which was originally due to take place in December 2020 will be held amid strict health and safety protocols that have been fine-tuned in recent months.

Players and officials will be part of medical bubbles designed to protect their health and wellbeing. Additional safety measures will include regular COVID-19 testing, safe transportation methods, regular disinfection of all tournament venues, including training and media facilities, as well as the provision of medical staff in stadiums throughout the competition.

A limited number of fans will be allowed to attend the matches in line with Qatar's public health guidelines. To be able to collect a ticket, fans are required to provide a negative COVID-19 antigen test within 72 hours of a match, present a vaccination certificate obtained a week after the second dose or present a record of COVID-19 infection after 1 October 2020.

At the stadiums and surrounding precincts, fans must wear a mask, adhere to social distancing, take a temperature check on arrival and show the status of their EHTERAZ track and trace application. Clinics will be set up within each tournament venue to treat anyone who displays COVID-19 symptoms.

In recent months, Qatar has successfully hosted 77 matches during the AFC Champions League by implementing a strict bubble system and setting an international benchmark when it comes to the safe resumption of professional football.

Commenting on the importance of Qatar hosting the FIFA Club World Cup, Nasser Al Khater, Chief Executive Officer of the Local Organising Committee (LOC), said: "We're very pleased to be hosting the FIFA Club World Cup for the second time in February and will ensure its delivered in a way that safeguards and prioritizes the health and safety of fans, players and officials. The tournament offers us a golden opportunity to test our stadiums, training sites, and infrastructure as we continue to gear up for the FIFA World Cup in 2022."

Al Khater added: "During a global pandemic which is affecting everyone, we continue to believe in the power of football to unite people and spread joy during these difficult times. Qatar is committed to playing a role in ensuring the continuation of top-level club football while the pandemic continues to affect peoples lives."

Qatari striker Almoez Ali played for reigning Qatar Stars League champions Al Duhail SC during the AFC Champions League and he spoke of his experience during the tournament.

"As players, we felt very safe," said Ali, who will also represent Al Duhail during the FIFA Club World Cup. "All the precautions were clearly communicated ahead of time, and that level of support was tangible in every touchpoint of the competition from our team hotel, to the training ground and on match day itself."

"Knowing that health and safety measures were also implemented on the bus, in the dining area, changing rooms and all common areas was also very reassuring. When combined with regular testing, we felt at ease that we could focus on the important task at hand the football," he added.

He said: "The health and safety of everyone involved in the tournament was the number one priority. I was tested on arrival and spent time in quarantine before joining up with my teammates. We were tested before every match and the bubble system was strictly implemented throughout our entire time in the country. We were all thankful to Qatar and the Local Organising Committee for making us feel safe and secure, and are happy to be back in the country for the Club World Cup."

Qatar's successful implementation of COVID-19 safety measures has been applauded by the global football community, including many who attended the inauguration of Ahmad Bin Ali Stadium on 18 December an event that safely hosted thousands of fans.

Want to send a tip? Drop us an e-mail at conta[email protected], anonymity is guaranteed!