Fake news vs. Real news: How to tell the difference 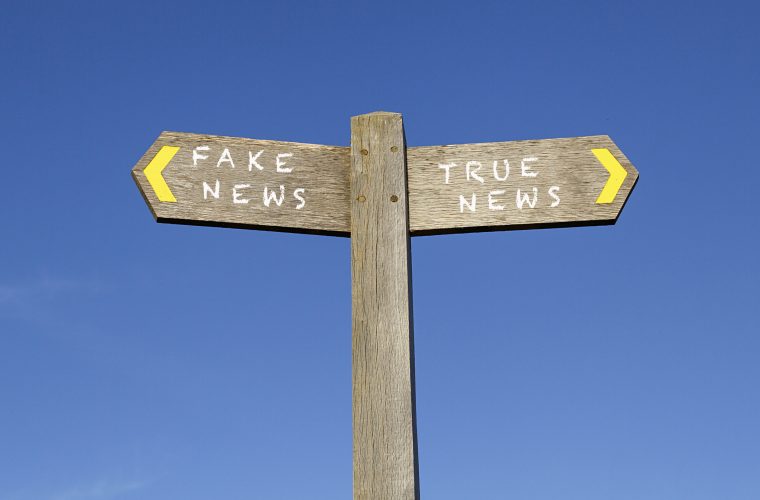 It is widely believed that the diplomatic row that sparked the blockade of Qatar by its neighboring GCC countries was started by a fake news that was aimed at harming Qatar's relations with the US, and subsequently with its neighbors. A hacker got into the Qatar News Agency's website and planted a fake news story. Part of this fake news were fabricated statements that were attributed to The Amir H H Sheikh Tamim Bin Hamad Al Thani that he supported Hamas, considered Iran to be a very close ally and had praised the country for being an Islamic power - all of which were false, but resulted in a split between Qatar and its once close allies.

Ever since the neighboring GCC countries imposed a blockade on Qatar last June, fake news stories are coming up everywhere and spreading like wildfire across social media platforms to make Qatar look bad.

Some examples of fake news about Qatar and clarifications by the concerned authorities are given below:

With the spread of social media all over the world and thousands of people getting on to the bandwagon on a daily basis, the way news is being shared has changed. Where once there was just a single news program on television, today there are hundreds of thousands of news channels and news sites on the internet. Some are authentic and spread awareness about what’s happening in the world in an unbiased way, others believe in sensationalizing the news to boost their ratings and yet others completing fabricate news just for the sake of it.

Interestingly enough, it’s the fake news that goes viral on social media and spreads much faster than real news, especially if the news is related to politics.

So, what do we do? How do we stop the spread of fake news? How do we sift the truth from the falsehood? How do we know a news is fake or if it’s real?

Read on ahead…the purpose of this article is to help you understand the difference between fake news and real news as well as how to identify annd verify news sources before sharing on social media.

The purpose of fake news

Fake news in the form of misinformation, propaganda, distorted facts, outright lies and hoaxes is mostly generated to gain political or financial benefits and to harm the reputation of an individual, group or country as can be seen by the news stories shared above. It mostly uses the design mechanisms of reliable and authentic news sites so news appears credible, reliable and true. This ensures the news will more than likely be shared across social media and even go viral.

How to identify fake news

A website that does not have 'https://' before the Uniform Resource Locater (URL) or website address is fake. Example of such websites include www.face-book.com, ryhospital.com, nutritiondata.self.com and thedcgazette.com. Again, watch out because 'https://' indicates a secure website, whereas one that starts with 'http://' may not be secure.

Also, look out for websites that may end in ‘lo’. For example: Newslo. Such sights have the tendency to take real news and manipulate it with misleading information. Websites with such addresses are often fake counterparts of real news sites.

Misspelled URLs are also an indicator that something is not quite right.

Another thing to look out for is domain names that may seem odd and unusual. It may seem they are '.com' domains, but on closer look, they may end with ‘.com.co’ or something similar. These are usually fake websites. Examples of such websites are those that may end in '.co' '.biz' '.info' or '.ru'' like NBC.com.co.

Always check the ‘About Us’ section of the website to see if the website is who they claim to be and if there are any contat details given. If there is no such section, you’ll know the website won’t be giving out true information.

If you read a news story or see an image on a website or on social media, and don’t get a good vibe or feel doubtful about the source, the best thing to do is to google the news and see if something similar has been published elsewhere on the internet. If you don’t find any reliable news sources with a similar story, the news is probably a fake one.

Some the of fake news shared in Qatar is related to a ministry of the country and if the same news is not found on the relevant ministry’s website, it is bound to be fake news.

Check the credentials of the person who wrote the article or shared the image. You can check Google or LinkedIn to know if the person is reliable, authentic or a credible source of information.

More often than not, fake news stories and fake images are highlighted in such a way that you cannot miss them. The headlines may seem so sensational, exaggerated or over-state that they will raise a red flag in your mind and you will wonder if the news is true or not.

The headlines may all be in caps or have dramatic or more punctuation marks than usual, something is wrong.

Check the website content for its grammar, the misspelling of basic words, and whether the sentence structure is correct or even makes sense. Another thing to look out for is repetition of sentences or paragraphs that may be rephrased but say exacty the same thing.

If there is a lack of quotes from sources, eye witnesses or relevant authorities in the news story, something is amiss because real news is based on the gathering of facts from different sources to ensure the story is accurate and unbiased.

Fake news stories and fake images are usually published to evoke a reaction in its readers. Such news stories often play on your emotions and may make you scared, fearful, happy or angry so you lose focus of the facts and be coaxed into sharing them without verifying them first.

There are a number of fact checking websites that can help to verify news and whether it’s true or not.

What to do if you know the news is fake

In fact, tell friends, family and anyone else you are connected to that there is a particular fake news circulating on social media that should not be shared.

Qatar’s Ministry of Interior takes the matter of fake news very seriously and urges the people of Qatar, locals and expats, to stop the spread of fake news by verifying the news and its source, especially if the news is Qatar related.

Do you see a lot of fake news circulating on social media? How do you verify if the news is fake or not? Have you ever shared a news that is fake? What else can we do to stop the spread of fake news in Qatar? Let us know what you think in our Comments section. Like and share the article – it keeps us going?