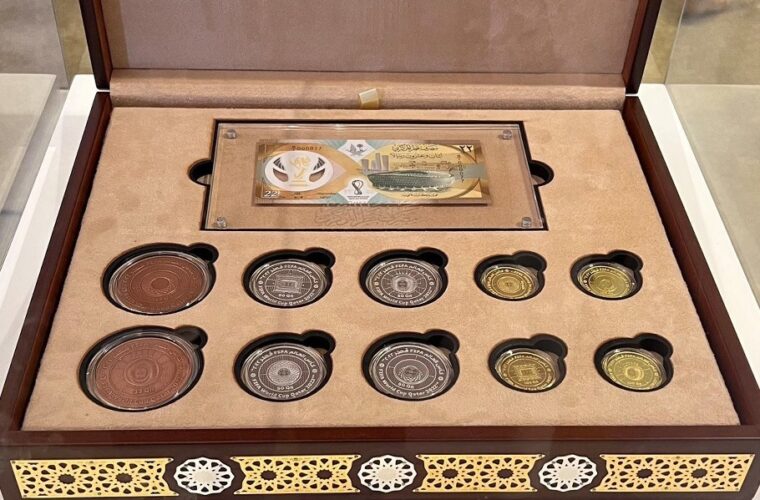 The ceremony was attended by His Excellency Sheikh Bandar bin Mohammed bin Saoud Al Thani, Governor of the Qatar Central Bank, and Mr. Gianni Infantino, President of FIFA, along with several ministers and ambassadors.

H.E. Sheikh Saoud Al Thani said "The issuance of commemorative banknotes for the FIFA World Cup Qatar 2022, represents a fundamental contribution from the banking sector to the success of this historic event, the first of its kind in the Middle East and the Arab region. It constitutes a source of pride for all of us, and an affirmation of the unity and integration of the various entities in the public and private sectors in the State".

The currency showcases the World Cup trophy and the official Qatar 2022 logo. It also has a picture of Lusail Stadium on one side with Al Bayt Stadium on the opposite side, representing the stadiums set to host the opening and closing matches of the World Cup respectively.

Apart from this, the Qatar National emblem, the skyline, a dhow and Zubara Fort can also be seen on the note.

The Central Bank also mentioned that the issuance of the official commemorative banknote will be in coordination with the official authorities organising the World Cup.