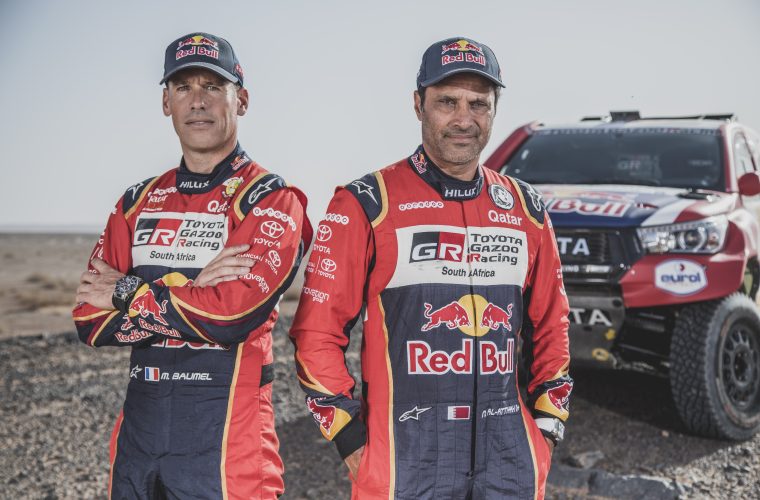 In January 2020, the Dakar Rally will dive headfirst into the 30th host country of its illustrious history. After three decades in Africa and 11 editions in South America, the toughest rally on the planet is coming to the Middle East Region.

A vast expanse of desert as well as a mosaic of other challenging terrains await the world’s best offroad racers. Speed and navigational skills will be put to the test for two weeks, from the Red Sea to the Arabian Gulf. 250-metre high dunes must be successfully traversed by any competitor hoping to cross the finish line.

Reigning Dakar car champion Nasser Al-Attiyah (QAT) is a frontrunner for success. Alongside co-driver Matthieu Baumel (FRA) and at the wheel of his Toyota Hilux, Al-Attiyah has been on great form during recent years. A dune-driving natural, it’s hard not to see the Qatari challenging for a fourth Dakar title in January.

“There’s so many good drivers out there, the only way to stay in front is to be at your best every day of the rally.” – Nasser Al-Attiyah

Al-Attiyah added: “The location has changed but the Dakar will still be the Dakar. It will still be tough, we know that. I’m always learning. Even when you win, like we did at the last Dakar, you can still learn a lot. There’s so many good drivers out there, the only way to stay in front is to be at your best every day of the rally.”

The offroad action gets started on Sunday, January 5 in Jeddah and finishes 9,000 km later on Friday, January 17 in Al-Qiddiya.