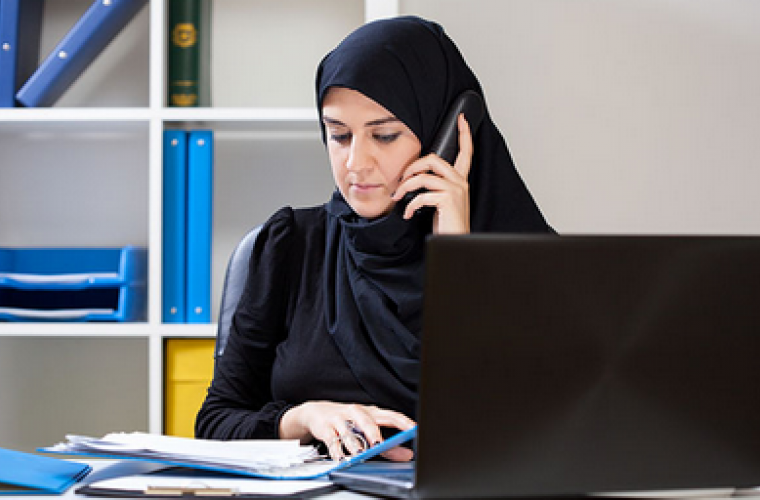 The participation of women in the regional workforce remains one of the lowest globally, with the GCC falling behind other countries in capitalizing on the investment in education, a report said.

The female labor participation ratio (FLPR) in two of the largest countries, Saudi Arabia and Oman, is below 30 per cent, added the report entitled “Power Women in Arabia: Shaping the Path for Regional Gender Equality” from A T Kearney, a global management consulting firm.

Furthermore, in the best-positioned country—Qatar, with a 51 per cent FLPR—only half of the female population over 15 years of age is economically active.

There is no single factor that explains this lower participation; it is, instead, a combination of multiple elements. Forty-four per cent of respondents identified "cultural barriers" and "lack of support" as the top challenges women face. However, responses were widely distributed, for example, "lack of opportunities," the factor considered the least relevant, was still highlighted as a key reason by 17 per cent of the participants.

Many GCC policy makers are actively addressing the existing challenges. They have recently introduced a range of empowerment measures across the political, business, and educational arenas to level the playing field for women in the workforce.

These measures range from creating the necessary regulatory environment (such as the 60-day maternity leave introduced by the Qatar government) to strengthening the existence of role models in society (for example, Saudi Arabia appointed 30 women to the country’s top advisory Shura Council in 2013 and, in 2015, Saudi women stood as candidates and cast their votes in municipal elections for the first time).

The private sector is following through, with several companies offering incentives to attract and retain women in the workplace (for example, free nursery services and flexible work schedules). Gender diversity is now part of the strategic agenda at more than half of the private companies in the GCC, and 56 per cent of respondents working for such companies say that female employment has grown over the past five years.

Women in leadership: From myth to reality

The ratio of women in senior positions varies across regions, from 35 per cent in the Americas, Africa (29 per cent), Asia (26 per cent), Europe (21 per cent) to meagre 9 per cent in the GCC.
Within the GCC region, the ratio varies from 7 per cent in Saudi Arabia and Qatar to highest levels of 14 per cent in Kuwait. Despite these regional differences, the challenge remains – what is required to close one of the largest gender gaps globally?

At board level, the contrast between the GCC and the rest of the world is even more striking. In 2014, 17 per cent of board members at Fortune 500 companies were female. Shares of board seats held by females in the GCC countries in the same year ranged from 0.01 per cent in Saudi Arabia to 1.7 per cent in Kuwait.

To get more GCC women in leadership it is important to overcome the barriers and impediments to female career progression. The key areas explored in A.T. Kearney's research were (1) will and ambition to pursue a career, (2) skill set necessary to succeed, (3) presence of opportunities to advance in the business place, and (4) the influence of society and culture.

The A T Kearney study highlights that women in the GCC are ambitious and value their careers.

They are confident in their contribution to the workplace, and they do not believe having a family should be an impediment. Eight out of 10 women surveyed attach a high importance to their career, and only 7 per cent are working exclusively for financial gains. Women in the GCC are also ambitious, with 62 per cent aspiring to a management role within the next seven years, and more than 50 per cent aiming at a senior or board-level position.

In addition, the increasing amount of highly educated and qualified women in society offers an untapped pool of talent. It is not lack of will or skills that rests behind the leadership gender gap in the GCC workplaces. (Source)