WHO Director-General in Qatar; meets Minister of Public Health and Afghan refugees 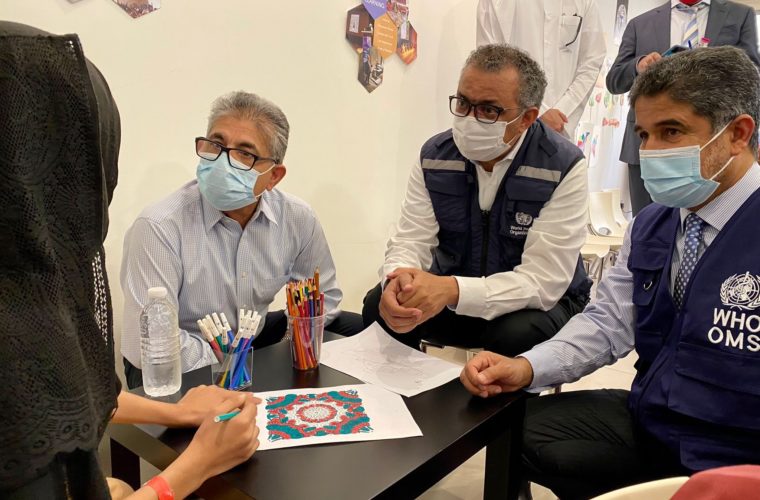 Her Excellency (H.E.) Minister of Public Health Dr. Hanan Mohammed Al Kuwari met on Sunday with HE Director-General of the World Health Organization (WHO) Dr. Tedros Adhanom Ghebreyesus, who is currently visiting the country.

In a related context, H.E. the Minister of Public Health Dr. Hanan Mohammed Al Kuwari and the WHO Director-General made an inspection tour of the temporary facilities for housing and caring for the Afghan brothers, who are temporarily hosted by the State of Qatar until they reach their final destinations.

A special thanks to H.E Dr. Hanan Al Kuwari & @DrTedros for visiting our fellow Afghans on site. I would also like to thank @MOPHQatar 4 their unlimited support provided to thousands of evacuees since August 18.

Also proud of supporting @WHO deliver tons of aid to Afghanistan. pic.twitter.com/9kBcrQXw4v

During the tour, they were briefed about the operations team in the facilities; the progress of operations, procedures, services and care provided to the Afghan brothers; and the service, educational, sports, recreational, health and comprehensive care facilities. They also met with some families and children.

The WHO Director-General praised Qatar's cooperation with WHO in sending medical shipments to Afghanistan and commended the country's arrangements to conduct a trip for him to the Afghan capital, Kabul, in order to inspect the field conditions.

He said that the WHO will continue to work with the State of Qatar and other partners to help the Afghan people at home and abroad.

Happy to be in #Qatar 🇶🇦 together with @WHOEMRO Director today. We met with Hanan Mohamed Al Kuwari, Minister @MOPHQatar, Khalifa Al-Kuwari, @qatar_fund Director, their teams and @MofaQatar_EN representatives, to discuss 🇶🇦's support for health in #Afghanistan. pic.twitter.com/7vbeSD3L98