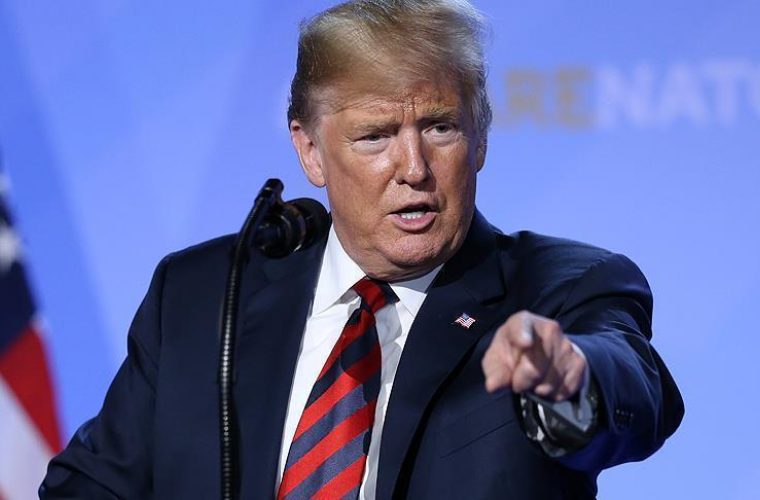 Here’s what’s happened since last week’s updates: Qatar calls for effective measures for the denuclearization of the Middle East

US President Donald Trump says Saudi Arabia's king "might not be there for two weeks" without having support from US military, which indicates his further pressure on one of America's closest Mideast allies over rising oil prices, reported Economic Times.

“We protect Saudi Arabia - would you say they're rich?" Trump asked the cheering crowd during his speech at a campaign rally Tuesday night in Mississippi.

"I love the king, King Salman, but I said, 'King, we're protecting you. You might not be there for two weeks without us. You have to pay for your military, you have to pay.”

According to the report by Economic Times, Trump didn't elaborate on when he spoke to the king. Trump and King Salman last shared a reported telephone call on Saturday, in which they discussed "efforts to maintain supplies to ensure the stability of the oil market and ensure the growth of the global economy," according to the state-run Saudi Press Agency.

However, there was no immediate reaction Wednesday in Saudi Arabia to Trump's remarks. Riyadh has worked to cultivate warm relations with Trump after having rocky moments with former President Barack Obama.

It is worth noting that crude oil prices reach a four-year high, and Trump repeatedly has insisted OPEC and Saudi Arabia, the world's biggest oil exporter to push prices down. Analysts are warning prices could go up to $100 a barrel as the world's production is already stretched. Additionally, Trump's sanctions on Iran's oil industry take effect in early November.

Jamal Khashoggi, a prominent Saudi journalist and Washington Post columnist, as well as a regular columnist of The Peninsula, has mysteriously disappeared after visiting his country’s consulate in Istanbul yesterday triggering a worldwide concerns by media and rights organizations.

The Middle East Eye and Al Jazeera reported yesterday that Turkish police are investigating the disappearance of the Saudi journalist Jamal Khashoggi after he entered the Saudi consulate in Istanbul.

Khashoggi's Turkish fiancée as well as a close friend contacted by Reuters said he had not exited the diplomatic mission for more than 7-1/2 hours after entering to secure some documentation, reported The Peninsula Qatar.