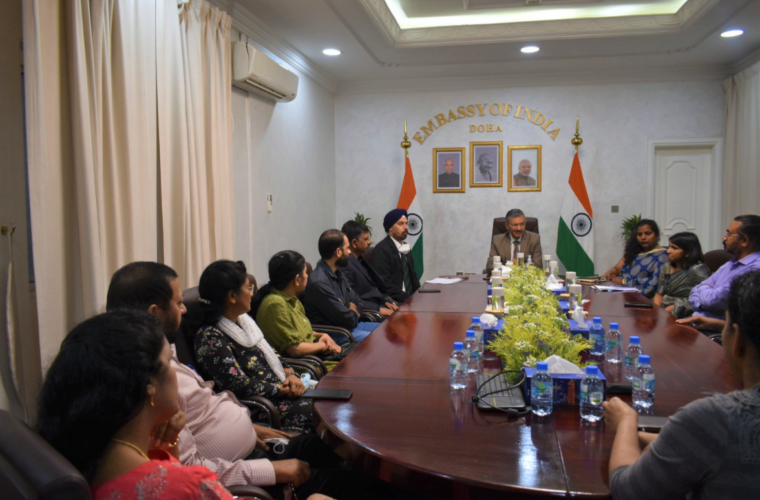 The Peninsula has reported that two batches of Qatar-based Indian students from war-hit Ukraine have finally landed in Hamad International Airport and New Delhi's Indira Gandhi International Airport early morning yesterday, 7th March, after a harrowing experience that lasted for more than 10 days.

On 3rd March, these students from Ukraine’s Kharkiv University prepared to travel to Lviv in western Ukraine, after the bunker in which they were staying for several days had been destroyed. From Lviv, the students reached Budapest early Saturday but had to wait for another two days before boarding flights to their respective destinations.

According to The Peninsula, three female students - Fathima Sharbeen, Hiba Ashraf, and Riya Mirsa Ashiq who were former students of Shantiniketan Indian School Qatar - took a Pegasus Airlines flight to Doha, while other students were evacuated by an AirAsia India repatriation flight to Delhi.

Indian ambassador Dr. Deepak Mittal met Qatar-based parents of Indian students studying in Ukraine. They appreciated the Indian government's efforts for ensuring the safe repatriation of Indian nationals from Ukraine. All 20 Indian students whose parents are in Qatar have safely returned to India.

Ambassador met Qatar based parents of Indian students studying in Ukraine. They appreciated Indian Government efforts for ensuring safe repatriation of Indian nationals from Ukraine. All 20 Indian students whose parents are in Qatar have safely returned to India in evacuation... pic.twitter.com/NdXl0nYllr

Most of the students in war-torn Ukraine had to leave their study materials and other belongings and travel with just their identification documents and a spare set of clothes, added the report.

For the full news, click here for The Peninsula report.