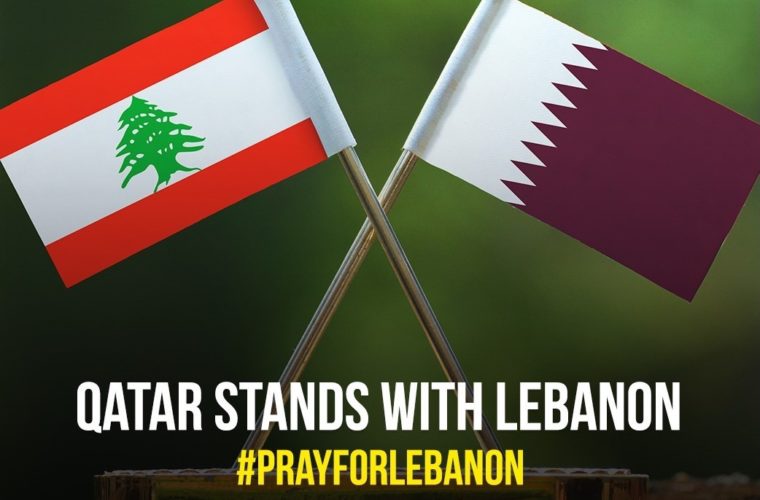 Qatar has been continuously providing assistance to Lebanon after a massive explosion that took place at the Beirut Port on Tuesday 4 August 2020, killed over 154 people, injured over 5,000 and displaced over 300,000 in the city of Beirut. The explosion was seen, heard and felt all over Beirut and its suburbs, and damaged almost half of the city.

The Lebanon General Director of Security confirmed that the Beirut explosion was caused by high explosive materials confiscated years ago and stored in a warehouse near the Beirut Port.

Read on ahead to find out how Qatar has been assisting and supporting Lebanon since the explosion took place last Tuesday. (we will keep you updated on the latest developments through this article, so do keep checking back here).

PLEASE NOTE: Following the tragic disaster in Beirut, many organisations in Qatar are raising funds and sending aid to Lebanon. Click on the following link to find out how you can help the victims of Lebanon's explosion: https://www.iloveqatar.net/news/community/heres-how-you-can-help-the-victims-of-lebanons-explosions

H.H. the Amir offered to provide all kinds of assistance after a massive blast in Beirut

H.H. the Amir Sheikh Tamim bin Hamad Al-Thani held on Tuesday via telephone a conversation with H.E. President of the Republic of Lebanon General Michel Aoun, during which His Highness expressed his condolences to H.E. the President and the brotherly Lebanese people on the victims of the explosion in the Beirut port, wishing a speedy recovery for the injured, according to QNA.

During the call, H.H. the Amir expressed Qatar's solidarity with Lebanon and its willingness to provide all kinds of assistance necessary to mitigate the effects of the explosion. For his part, H.E. the Lebanese President expressed his thanks and appreciation to HH the Amir for his stance and the State of Qatar's permanent standing and continuous support to Lebanon.

In the implementation of the directives of H.H. the Amir Sheikh Tamim bin Hamad Al-Thani to dispatch an urgent medical aid to the Republic of Lebanon, the first aircraft of the Amiri Air Force within an air bridge departed Wednesday morning for Rafic Hariri International Airport carrying medical aid and supplies necessary to treat those injured by the explosion that occurred at the Beirut port yesterday. The aid is in support of the brothers in Lebanon. Three more aircraft will also depart today to transport aid, which includes two fully equipped field hospitals with 500 beds each and equipped with respirators and the necessary medical equipment and supplies, according to QNA.

QNA has stated that, in the implementation of the directives of H.H. the Amir, to dispatch urgent medical aid to treat those injured by the explosion that occurred at the Beirut port in Lebanon yesterday, a fully equipped team from the Qatari Search and Rescue Team of the Internal Security Force (Lekhwiya) headed to Beirut to participate in the search and rescue operations.

Qatar Charity (QC) has been able to provide urgent relief aid to those that have been affected by the massive explosion that shook Beirut's port area causing widespread damage and loss of lives. The emergency assistance from QC's field teams is a part of the 'Lebanon in Our Hearts' drive, which aims at extending a helping hand to those who have been affected in Lebanon by the explosion, according to the Relief Web.

QC delivered food parcels and ready-to-eat meals to those affected. Medical assistance and shelter aid will continue on a wider scale.

Lebanese QID holders in Lebanon to get priority to return: GCO

Following the directives of H.E. Sheikh Khalid bin Khalifa bin Abdulaziz Al Thani, Prime Minister and Minister of Interior, has issued a directive that states that any Lebanese individual with Qatar Residency Permits who are in Lebanon at the moment and want to return back to Qatar will be given top priority with regards to the Exceptional Entry Permits, as per the travel policy that is currently in place dring the gradual lifting of the coronavirus (COVID-19) restrictions, as per the Peninsula Qatar.

These Lebanese individuals with Qatar Residency Permits can also apply for entry into Qatar for their dependent family through Metrash2 or the Qatar Embassy in Beirut. Everyone will have to have the Ehteraz application downloaded and installed on their mobiles and take a coronavirus (COVID-19) test when they arrive the Hamad International Airport and follow the quarantine rules and procedures that are in effect in Qatar

QRCS sent a shipment of relief and medical aid to Beirut on board a Qatari Amiri Air Force plane, as part of its "Heart for Beirut" campaign in solidarity with the families of the dead and those affected by the disaster of the Beirut port explosion that occurred on Tuesday, as reported by QNA English Twitter.

The commander-in-chief of the Lebanese Armed Forces, Joseph Aoun, met with Internal Security Force (Lekhwiya) Qatar's search and rescue team that has been deployed in Beirut since Friday, the Qatar Embassy in Beirut stated in a tweet.

H.H. the Amir Partakes in the "International Conference on Assistance and Support to Beirut and the Lebanese People"

H.H. the Amir participated in " the International Conference on Assistance and Support to Beirut and the Lebanese People", which was held in the French capital Paris, via video-conferencing, at the invitation of the President of the friendly French Republic Emmanuel Macron, and HE Secretary-General of the United Nations Organisation Antonio Guterres, with the participation of a number of presidents and international leaders of countries and governments and representatives of the participating countries.

The aim of this conference is to raise aid for Beirut and the Lebanese people.

Arrival of medical equipment for the field hospitals

Medical and humanitarian aid continues to flow from Qatar to Beirut within the framework of Qatar's support for the brothers in Lebanon.

H..E Qatar's Ambassador to the Lebanese Republic Mohammed Hassan Jaber Al Jaber, H.E. Brigadier General Elias Youssef, representing the Commander in Chief of the Lebanese Armed Forces General Joseph Aoun, were present upon the arrival of the medical equipment shipment, along with a number of diplomats at the Qatari embassy.

A shipment of medical equipment for the field hospitals donated by #Qatar to #Lebanon arrived at the #Airport today, 8/10/2020, via #amiri #airforces within the air bridge established by the State of #Qatar in order to support #Lebanon after the #BeirutExplosion pic.twitter.com/a6De5xZYqj 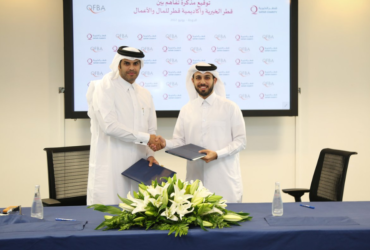