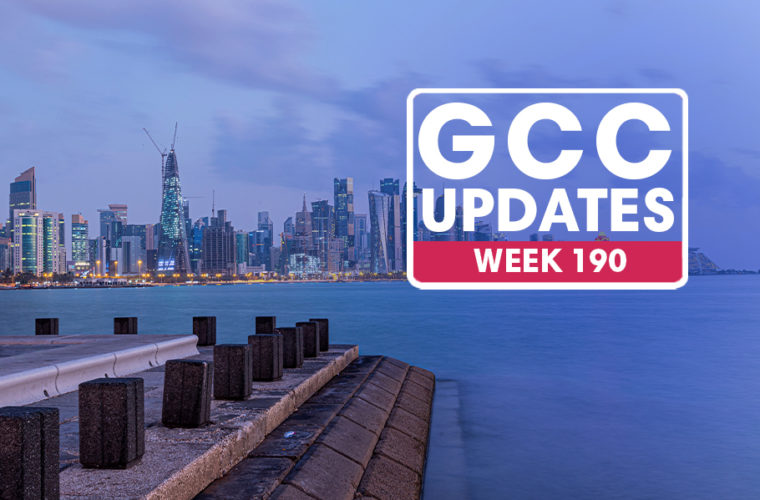 Every Thursday, we bring you the latest GCC updates. Here's what happened in Week 189.

Yesterday evening (2 February 2021), after over three and a half years, the Qatari flag was once again raised at the Embassy of the State of Qatar in Riyadh, the capital of Saudi Arabia, as reported by NadeebQa's Twitter page:

Qatar blockade over, but tensions with Bahrain remain

Even a few weeks after leaders of the GCC states signed the Al-Ula Statement ending the blockade against Qatar, it seems that Bahrain is still "not completely on board" and "has been sending mixed signals", as published by the Middle East Eye on its website.

Days after the statement was signed, Bahraini Foreign Minister Abdullatif Al-Zayani said Bahrain's relations with Qatar would go back to the way they were before the blockade began in 2017, but last week, he accused Qatar of lacking seriousness in solving issues with Bahrain.

Al-Zayani made this statement after Qataris were denied entry into Bahrain through the King Fahad Causeway between Saudi Arabia and Bahrain, which is the only way Qataris can get to Bahrain over land.

Bahrain has also accused Qatar of not responding to an invitation to send their official delegation as soon as possible so they can have bilateral talks on outstanding issues.

Similarly, the Chairman of the Committee on Foreign Affairs, Defense and National Security in the House of Representatives, Engineer Muhammad Al-Sisi Al-Buainain, in a meeting talked about how Bahrain is still presenting goodwill and is committed to the provisions of the Al-Ula agreement, as it represents a step to address the pending issues with Qatar, but the Qatari side has not shown seriousness in implementing its obligations yet., according to the Bahrain News Agency.

Al-Sisi pointed out that:

"The distinguished meeting that brought together the Foreign Affairs Committee at the Ministry of Foreign Affairs came to discuss the most prominent regional and global issues, as the Minister affirmed the lack of commitment of the Qatari side, foremost of which is repairing damages to start a new phase of regional stability, leading to the desired Gulf integration." (Bahrain News Agency)

“The statements from Bahraini officials were probably intentionally vague so as to not refer to any specific issue, but they do reflect the feeling that the Bahraini leadership was not in favour of ending the rift and was probably forced to follow the Saudi lead in doing so.