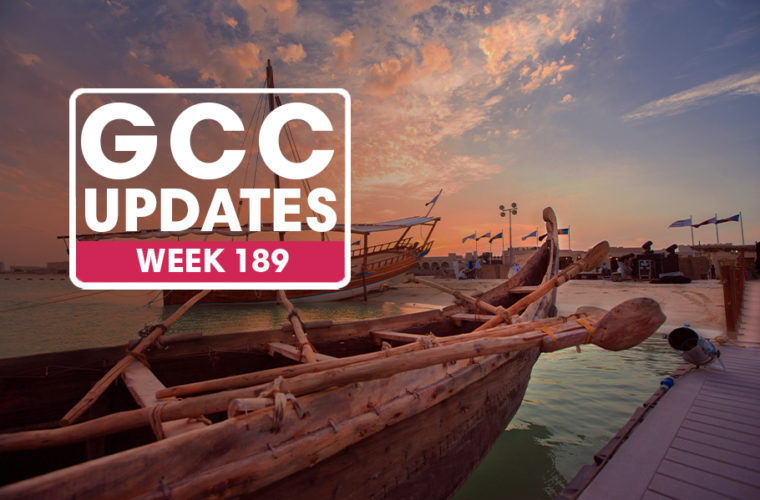 Every Thursday, we'll be bringing you the latest GCC updates. Here's what happened in Week 188.

Qatar's decision on whether or not to nominate Egyptian Ahmed Aboul Gheit as the Arab League Secretary-General for a second term will be a test to see if Qatar and Egypt's relationship really has thawed or not, especially since Qatar's Former Prime Minister Sheikh Hamad bin Jassim Al Thani tweeted about "pulling the Arab League from its sad and miserable situation and pumping new blood into it," according to news posted on The Arab Weekly website.

This has been seen by Egypt as a hint that Qatar may oppose the renewal of Aboul Geit's term in the Arab League.

“hope materialises in the coming days and weeks towards a serious redirection towards rebuilding the Gulf Cooperation Council in a way that ends the state of division, puts the relationship between its member countries in their proper context and ensures a real Gulf breakthrough, then this will undoubtedly contribute to pulling the Arab League from the sad and miserable situation where it has been for decades.”

"We are all aware of the continuous erosion suffered by the Arab situation, which threatens our countries with deepening crises year after year. New blood, spirit and policies must be spread in the Arab League that are based on a philosophy independent of the details of the individual policies of the member states of the League."

"It places the general Arab interest in the first place, and make sure the Arab League does not honour retirees, with respect and appreciation for some of them!"

Analysts believe that tweets like these can be an indication of an "official stance, even if the account holder does not seem to hold an official position." (The Arab Weekly website)

Egypt has interpreted this as opposition towards renewing Aboul Geit's term in the Arab League for a second time and thinks that, perhaps, Qatar's attitude towards Egypt has not changed even though diplomatic ties have been reestablished.

In an interview with Al Jazeera, Qatar's Ministry of Foreign Affairs Spokesperson Lolwah Al-Khater Qatar talked about how "Gulf reconciliation" has always been Qatar's strategic decision and stressed on how the GCC Crisis has not benefitted anyone, according to a Middle East Monitor news report.

"Our strategic decision is not to spoil the course of reconciliation and to consider what is being circulated in the media as marginal issues." (Middle East Monitor)

"excellent..."we appreciate those who stood by our side during the Gulf crisis and Qatar blockade."(Middle East Monitor)

Qatar Airways is hiring in the UAE

Since Qatar Airways has resumed its flights to the United Arab Emirates, after relations between the two countries have been normalised and restored, and is currently hiring for a number of different roles in Abu Dhabi and Dubai, according to the Khaleej Times.

Qatar has yet to show any sign of resolving outstanding issues with Bahrain: Bahraini FM

His Excellency Dr. Abdullatif bin Rashid al-Zayani, Bahrain's Minister of Foreign Affairs, said that the Qatari authorities have not yet shown any sign of resolving the outstanding issues with Bahrain, or in response to direct negotiations on those files, stressing that Qatar remains to deal with the requirements of the Gulf consensus, take into account Bahrain's strategic interests, and speed up the handling of outstanding issues between the two countries in order to ensure sound and positive relations between the two countries in the future, according to the Bahrain Ministry of Foreign Affairs.