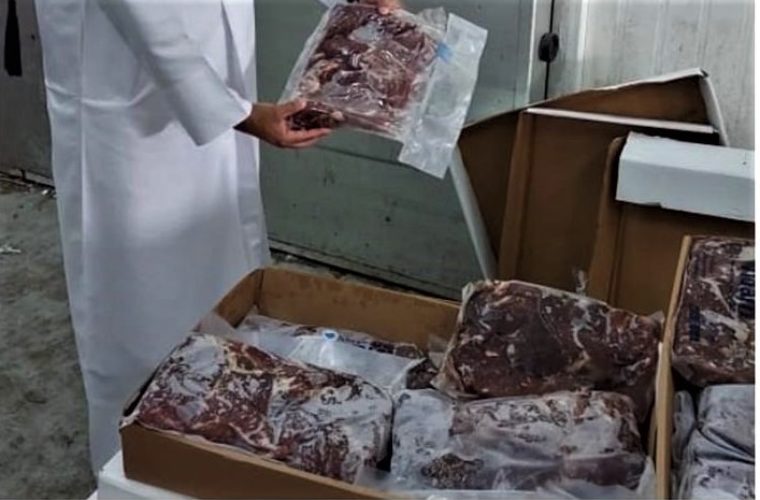 Doha Municipality, represented by the Health Control Section of the Municipal Control Department, seized 6,012 kilograms of frozen meat and fish unfit for human consumption during its intensive inspection campaigns on food establishments.

The discovery of the violation began on Thursday evening when inspectors seized 140 kilograms of rotten and unfit for human consumption meat during an inspection of a restaurant in the Old Airport area. Following investigating the source of that meat to identify the name of the supplying company, the municipality formed a team of inspectors to raid 14 warehouses and refrigerators belonging to the company in the Industrial Area, where they seized another 5,872 kilograms of frozen rotten meat and fish. Also, the inspectors found that the company used transportation means not designated for transporting these materials.

The inspectors issued several seizure reports for violating Law No. 8 of 1990 regulating the control of human food and took legal measures against the violator. Specialists destroyed the seized rotten meat and fish.