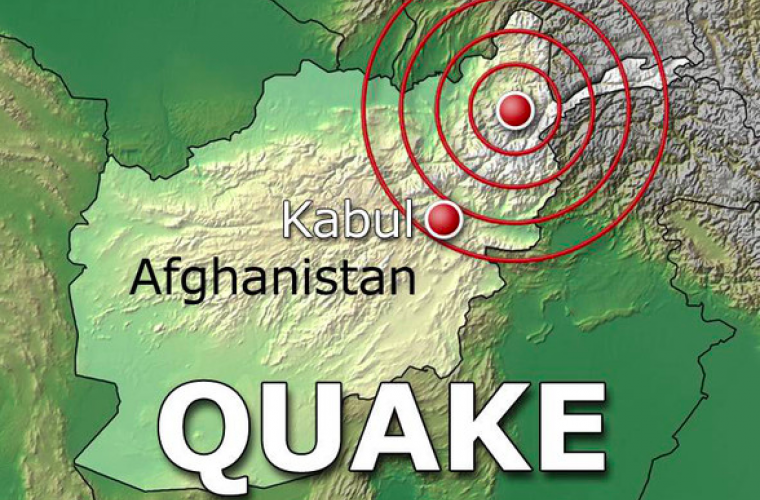 The panic in itself was deadly: In one northern Afghan town, 12 schoolgirls died in a stampede as they tried to evacuate their school during the quake.

The girls, between 10 and 15 years old, were crushed in their Taluqan city school's stairwell, between the first and second floors, local police spokesman Abdul Khalil Asir said.

Early reports from Afghan, Pakistani and Indian officials put the death toll at more than 229, with hundreds of others injured.

At least 154 deaths have been reported in Pakistan, according to authorities there. Afghan officials report at least 74 deaths in that country's northeastern provinces. One death has been reported in Indian-administered Jammu and Kashmir. 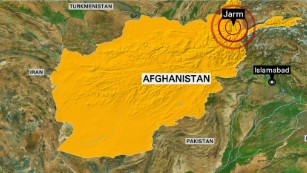 Monday's magnitude-7.5 earthquake was similar to a magnitude-7.6 quake in nearby Kashmir that killed more than 70,000 in 2005. But unlike the quake 10 years ago, this one happened deep inside the Earth, some 223 kilometers (139 miles) below the surface.

Earthquakes at this depth typically cause less damage on the surface than shallower quakes, according to the U.S. Geological Survey.

The epicenter of the earthquake, near the Afghan city of Jarm, is a rural and sparsely populated area. Many people in this region live in mud brick buildings prone to collapsing. The mountainous region and poor infrastructure make assessing the aftermath difficult.

First responders scrambled to the affected areas. Many of the villages most violently shaken by the quake are not easily accessible. Additional reports of fatalities and damage are expected to continue trickling in. 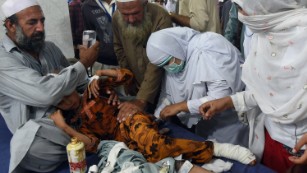 According to Wais Ahmad Barmak, Afghan state minister for disaster management affairs, about 4,000 houses were either severely damaged or destroyed.

The USGS issued an orange alert on the quake. "Significant casualties are likely and the disaster is potentially widespread. Past events with this alert level have required a regional or national level response," the USGS said.

Kabul: 'It was really bad'

"It was really bad," said Masoud Popalzai, CNN's producer in Kabul. "In 30 years of my life, it was the worst I experienced myself."

Everyone ran out into the streets. The walls of his compound shook so hard, they looked like they might fall over.

"In the bathroom everything swayed," he said. "Things fell to the ground in the office's kitchen."

Ihsan Omid told CNN's iReport he saw a massive crack in an apartment building in Kabul after the quake hit.

Some 60 miles southwest of Kabul, in the town of Ghazni, there were reports that the historic gate had collapsed, accompanied by photos on social media.

In Islamabad, Pakistan, CNN producer Sophia Saifi was standing in the kitchen when her microwave fell. She ran out of her building as it began to shake.

Minutes later, as she stood outside, the ground was still trembling.

"We can feel tremors at sporadic intervals," she said. But people were calm, trying to make cell phone calls, while children played in the streets around them. There was no damage Saifi could see.

In Quetta, near the border with Afghanistan, there were no reports of casualties, Saifi said, but there were "structural damages."

Pakistan's military has been activated without waiting for formal orders, a military spokesman said in a tweet.

Northern Pakistan has seen recent heavy rains, and there are fears the quake may have triggered landslides.

In the Hunza Valley in that region, the quake reportedly shook loose a landslide at a mountain glacier. Photos circulated on social media.

"The last earthquake that brought shakes as bad as that was the Nepal earthquake," Agrawal said.

"I have asked for an urgent assessment and we stand ready for assistance where required, including Afghanistan & Pakistan," Indian Prime Minister Narendra Modi said in a tweet.

The earthquake was felt all the way to Bishkek, the capital of Kyrgyzstan.

Kyrgyz political activist Edil Baisalov said the shaking was "not unusual for us but quite long tremors. As far as I know no damage in Kyrgyzstan."