Qatar to play in prestigious Copa America 2019 in Brazil 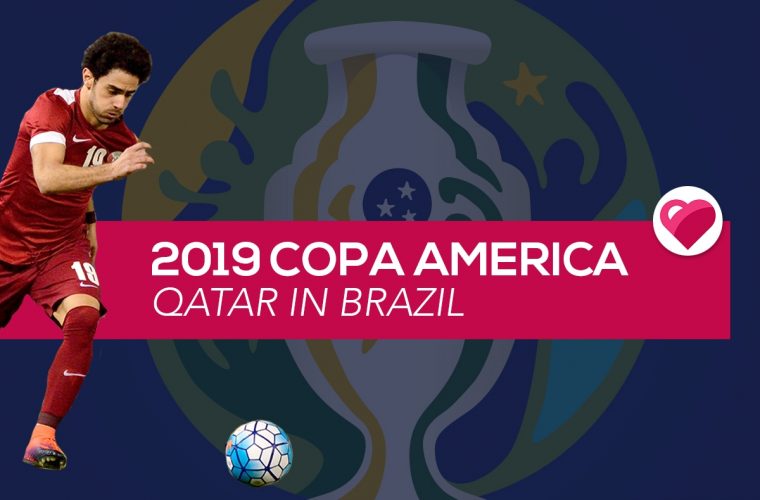 If you’re a soccer fan, it doesn’t get much better than this news that Qatar is going to take part for the first time ever in the world’s oldest continental tournament – Copa America! The Copa American 2019 will be held in Brazil this year and will feature two teams from outside of South America. Qatar and Japan are all set to make up the numbers and compete in the long-waited tournament organised by CONMEBOL. Earlier in 2018, Qatari representative, QFA President Sheikh Hamad bin Khalifa bin Ahmed Al Thani accepted the invitation to play as a guest side during a CONMEBOL Congress meeting held in Argentina.

Copa America started it's journey in 1910 as the one-off Copa Centenario Revolución de Mayo, later turned into the Campeonato Sudamericano de Football (the South American Championship) in 1916, then finally in 1975 became the tournament – Copa America!

Soccer fans around the globe are waiting eagerly to see some of the world’s best players competing in Copa America 2019 that matter deeply to the countries involved. And for Qatar, it’s a superb opportunity to play in a top-flight event in an effort to build a strong team for the 2022 FIFA World Cup. Qatar was previously invited to play in the Copa America 2011, but could not take part because of prior commitments.

Qatari team is currently busy with 2019 AFC Asian Cup which is being held in the United Arab Emirates. With the hosting of the World Cup only three years away, the Qatari team was desperate for a brilliant showing in 2019 AFC Asian Cup and it was wonderful to see the team to win three matches against Lebanon, North Korea, and Saudi Arabia which indicate they are on the right path for 2022.

The Copa America draw will be made on January 24. Qatar as well as other participating countries will know more about the 2019 Copa America playing schedule and their rival teams at the event’s draw ceremony to be held in Rio de Janeiro.

Games to take place in six stadiums in Brazil

The 2019 Copa America – the 46th edition of the event will be played in six stadiums across five cities in Brazil. The stadiums are Belo Horizonte, Porto Alegre, Rio de Janeiro, Salvador and Sao Paulo. The opening is marked for the Morumbi Stadium (Sao Paulo) while the final will be held at the Maracaná Stadium (Rio de Janeiro).

The opening match of Copa America 2019 is scheduled to play on June 14 in Sao Paulo and the final will take place on 7th July in Rio De Janerio.

Are you a true football fan that you put the beautiful game above everything? Will you fly to Brazil to support the Qatari team at Copa America 2019? How well do you think Qatar will do in their first ever Copa tournament? Tell us what you think in the comments section below! Also don't forget to like and share this article – you know it keeps us going!