The Qualifying and Training Unit at the Security Committee of the Supreme Committee for Delivery and Legacy has concluded extensive training programmes to host the 24th Arabian Gulf Cup and 2019 FIFA Club World Cup, where 1333 police and security personnel, who will be responsible for securing stadiums and fans during the two championships, have been trained, according to the Qatar Tribune.

Major Fahd al-Subaie, head of the Security Committees’ Training Unit, has confirmed that security personnel have been trained to the latest international standards in security and safety to ensure that the two championships are controlled in a highly organised sporting environment. The highest standards of security and safety in sports events will be applied in line with Qatar's vision of organising sports events.

With regard to the process of preparing security personnel, Major Al-Subaie said that an intensive international program had been prepared, which had received international accreditation from the British High Field International.

The trainees have attended a course of 3 weeks. The first week covered theoretical applications, within the international curriculum in the safety and security of sports spectators, including important decisions whose application is a key ingredient in the success of any major public or sporting event. These include but are not limited to crowd management, conflict management, non-discrimination, human rights, thorough inspection, security sense, crisis and emergency management, and first aid. The second week involved practical applications in sports stadiums and facilities. In the third and final week of the program, training was conducted on the laws and regulations of the two.

The head of the Training Unit of the Security Committee pointed out that it is the first time in Qatar, in which the International Programme in Security and Safety in Sports Events gets a recognition by the British High Field Foundation, which is responsible for granting recognition to European sports fields. This has enhanced the performance of the officers’ roles, who have spared no effort in delivering the program to their trainees and stadium staff, which have been praised by international experts and trainers specializing in European stadiums.

Major Al-Sobaie noted that the intensively qualified Qatari trainers, 79 personnel including male and female units, were prepared through courses of about 13 weeks in 2019. They have achieved the certification of the International Trainer on Security and Safety, and started training of the groups involved in securing and safety of the championships. 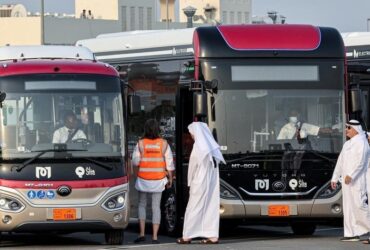