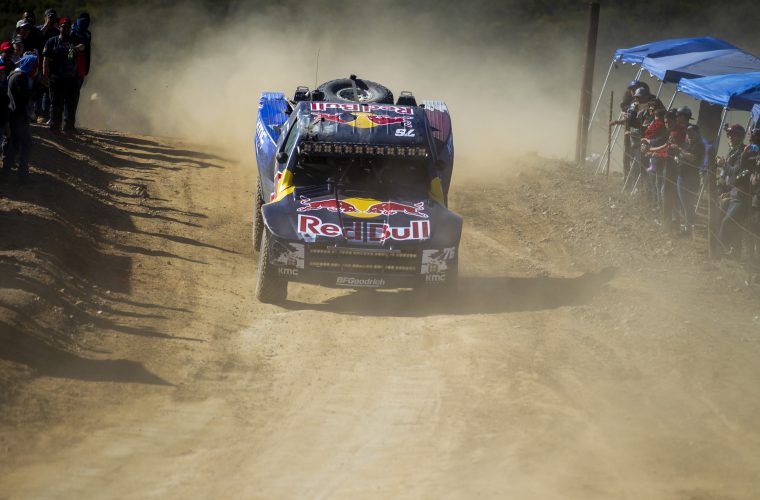 Muddy, rocky Baja roads and hours of driving at night was a new challenge for Nasser Al-Attiyah and co-driver Mathieu Baumel – not to mention he only had about 30 kilometers of seat time in a trophy truck. But the Qatari Dakar champ proved up to the challenging as he and race partner Toby Price with co-driver Dustin Hellstrom hased down all but two other trophy trucks after starting from the back of the pack.

"It's totally different from what we're used to. We had a lot to learn from this type of terrain and style of racing, but we enjoyed it a lot and learned a lot – and I am really impressed with this truck! I am sure next year we can come have a good fight with the top drivers!" - Nasser Al-Attiyah

The Baja 1000 is much different than rally raid – rather than a multi-day race, it's a one-shot, no-stop battle – meaning one truck does the whole racers, but drivers swap to stay safe. This year, Toby Price started the race, with a primary goal of not fighting to the front of the pack, but getting the truck to Nasser in good shape so he could work his magic.

The #31 trophy truck – piloted by Andy McMillin and Bryce Menzies – rolled early on in the race, doing significant damage. Support crews were able to get the truck moving again fairly quickly, but combined with more mechanical issues later in the race, they were out of contention for the podium.

At the finish line, a very excited Nasser and Toby had no hesitation to promise they'd be back again next year – and maybe even joining for other events on the Baja Peninsula.