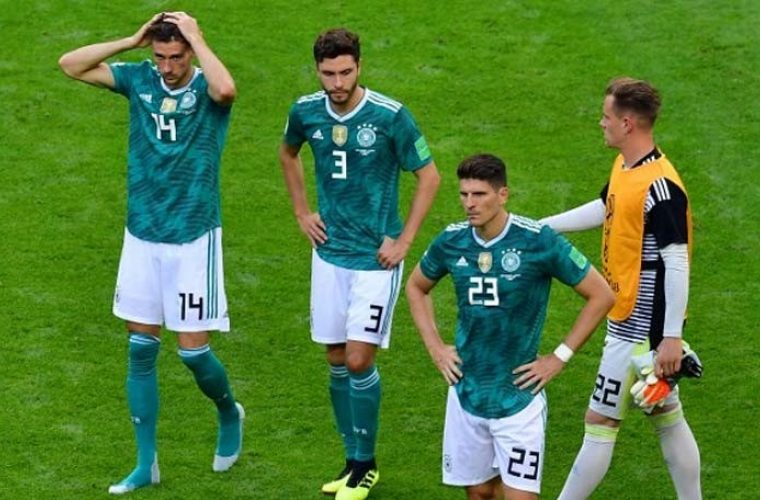 The world’s biggest sporting event, the FIFA World Cup has seen a number of devastating and surprising exits of top favourite teams and defending champions of the tournament throughout the years. Here we talk about these exits that have shocked the world and come as complete surprises to the teams themselves.

Defending champions of the FIFA World Cup Brazil 2014, Germany lost their opening game against Mexico at the FIFA World Cup Russia 2018, before winning their second game against Sweden. They were, however, ousted by South Korea in the group stage shocking the world by losing 2-0. This brought Germany down to 4th position in Group F and it became the 5th World Cup winner ever to be eliminated in the group stage.

Winner of the FIFA World Cup South Africa 2010, Spain was out after its first two matches; vs. Netherland 5-1 and then vs. Chile 2-0; a big shocker for Spanish fans and the team itself.

A penalty shoot-out with France in the FIFA World Cup Germany 2006, saw Italy take the trophy home, but in the following FIFA World Cup South Africa 2010, the defending champion crashed out of the tournament after drawing against Paraguay and then New Zealand before losing to Slovakia 3-2 to gain just 2 points in its group.

After hosting and then winning the FIFA World Cup France 1998, France was poised to continue its winning streak in the FIFA World Cup 2002 Korea/Japan tournament. It was grouped with Uruguay, Senegal and Denmark; it lost all its matches with these teams ending up at the bottom of the group and crashing out of the game.

After winning the FIFA World Cup Sweden 1958 and the FIFA World Cup Chile 1962 trophies, Brazil was looking for a hat-trick at the 1966 tournament in England. That was not to happen. After defeating Bulgaria, the team was confident it could continue its winning streak only to lose to Portugal and then Hungary which put the two-time defending champion out of the tournament.

Are you shocked by these exits? Do you support any of these teams? With the Semi-Finals just around the corner, who do you will make it to the finals? Do let us know what you think in our comments section. Like and share the article - it keeps us going!