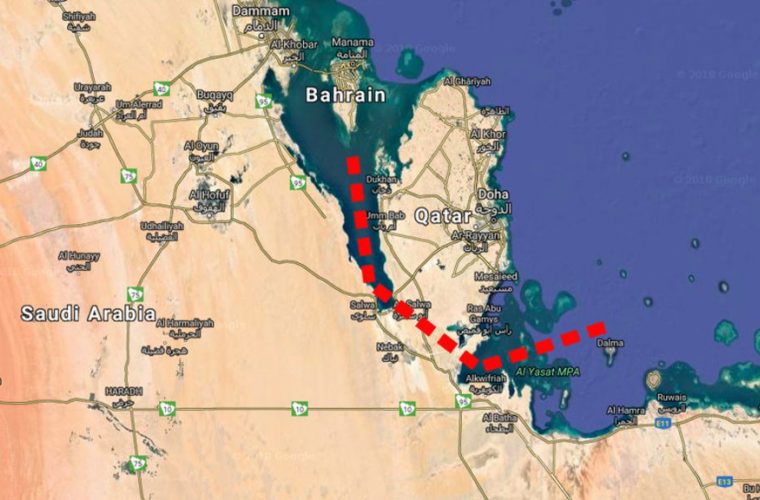 Saudi Arabia is pushing ahead with plans to burrow a canal on the border with neighbor Qatar in order to transform the country into an island as it sets a deadline for the tenders to bid for the much debated project.

On Tuesday, Riyadh announced that June 25 would be the latest day for tenders to bid for the "Salwa Canal" project, which will span the kingdom's 60km border with Qatar, The New Arab reported.

Five renowned canal digging companies have been already invited to compete for the project. The winner of the project will be declared 90 days after the tender deadline, Saudi daily Makkah reported.

The so called ‘Salwa Canal’ project would be 60 kilometers (37.5 miles) long and 200 meters (219 yards) wide which to be funded ($750 million) entirely by private investors from the Saudi Arabia and the UAE. Egyptian firms will carry out the project using their knowledge of widening the Suez Canal.

The plan also aims to install a Saudi military base and nuclear waste dump on the Qatari side of the canal.

This unethical move has been broadly condemned and seen as a means of trying to further isolate Qatar for not toeing the Saudi Arabia and the UAE.

Not to mention that on June 5, 2017, Saudi Arabia, the UAE, Egypt and Bahrain imposed an illegal blocked on Qatar blaming the country for supporting terrorism and generally siding with Iran. Since then Saudi permanently closed its only border with Qatar.