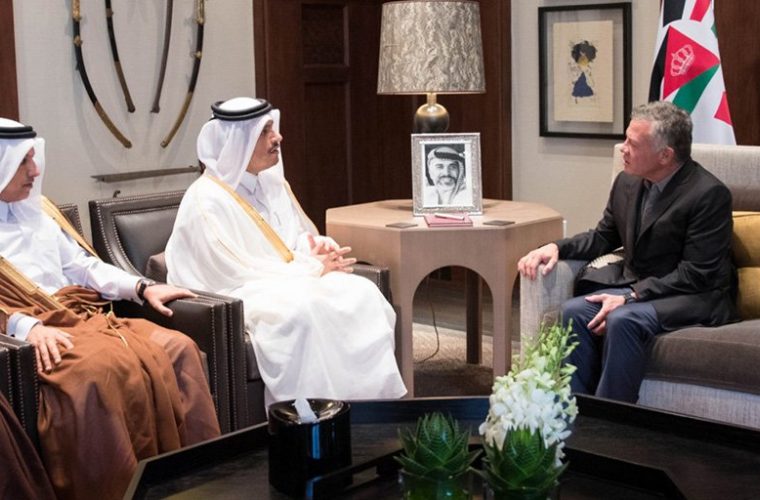 In this week's updates, Qatar has extended a $500m aid package to Jordan and the government of Qatar takes UAE to UN human rights court over the boycott. Read more below on these and other developments in our weekly GCC Crisis updates report.

The Embassy of Sweden in Qatar announced on Monday (June 11) the official launch of the Swedish Chamber of Commerce in Qatar (SCCQ). The launch coincided with an internal Swedish & Business Community celebration of the National Day of Sweden on June 6, 2018, Peninsula Qatar reported.

The report further notes that the Chamber was formally established the day before on June 5, at its first General Assembly. It was at an historic majlies, in the bilateral relations between Qatar and Sweden, on June 5, hosted by Abdulla Albinali, Chairman of QTIC and the representative of the Swedish steel company SSAB, that the first General Assembly was held and the Swedish Chamber of Commerce in Qatar was born.

According to Al Jazeera, the move comes a year after the UAE, Saudi Arabia, Bahrain and Egypt severed diplomatic and trade ties with Qatar, accusing it of supporting "terrorism". Doha has repeatedly rejected the allegations as "baseless".

In a statement on Monday, Qatari government said: "As set forth in detail in Qatar’s application to the International Court, the UAE led these actions, which have had a devastating effect on the human rights of Qataris and residents of Qatar."

Qatar has extended a $500m aid package to Jordan that includes investments, project finance and job opportunities for Jordanians, an official source in Amman said on Wednesday, Reuters reported.

On Monday, Saudi Arabia, the UAE and Kuwait extended $2.5bn in aid that will go towards a deposit in Jordan's central bank to cover World Bank loan guarantees, direct budget support in the form of cash deposits and finance other projects, Al jazeera reports.