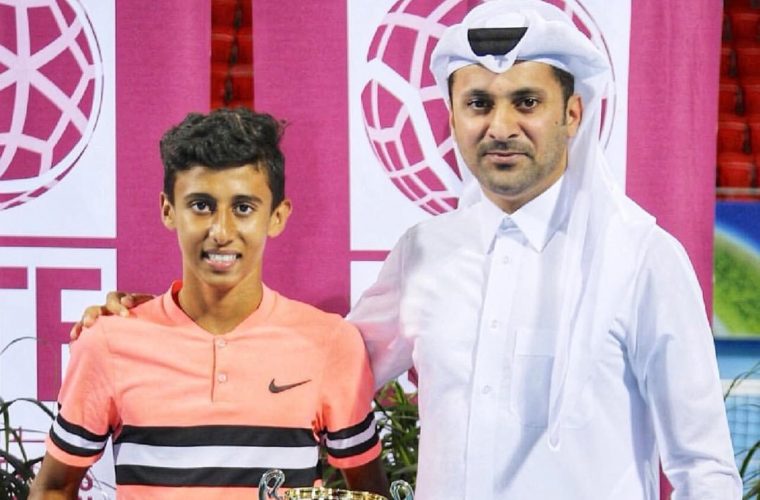 Qatari player Rashed Nawaf won the title of Qatar Asian Junior Championship organized by the Qatar Tennis, Squash and Badminton Federation in cooperation with Asian Tennis Federation at the Khalifa International Tennis and Squash Complex with participation of 60 players.

In the final, Rashed Nawaf secured a 6-1 6-0 victory over his country mate Meshari Nayef.

Executive Director of the Qatar Tennis, Squash and Badminton Federation Saad Al Mohannadi, in a statement after crowning champions, praised the advanced level shown by the players of the Qatari team and congratulated them on reaching the final and wining the doubles title.

This new Qatari achievement, he said, is an important incentive not only for the rest of the Qatari players but also for the federation as it will encourage it to move steadily towards the completion of the implementation of its plans aimed at developing national teams in all categories and upgrading their level in order to take them to professionalism, adding that hosting the Asian Junior Championship is part of the Federation's strategy of organizing a series of regional, international and local open tournaments with the aim of providing the required friction to improve the performance and ranking of the players of the national team.