Qatar National Day 2017 – We bet you didn’t know these 5 facts about the Qatari flag! 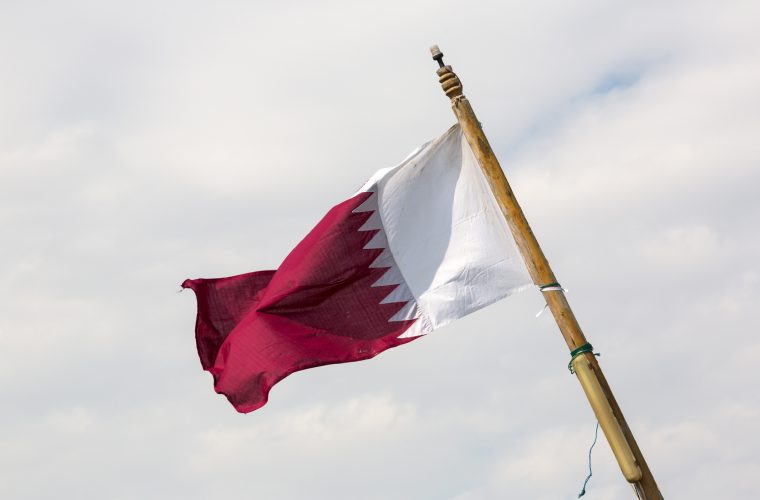 Whether you were born and raised in Qatar, or have made our desert nation your adopted home, one of the first symbols of our country’s heart that we learn to recognize is the Qatari flag. There’s no mistaking the mighty Maroon, and we’re proud to fly the colours high this Qatar National Day – and every day!

But there’s more to the national flag of Qatar than meets the eye – here are our Top 5 Fun Facts about the flag that we bet you didn’t know!

Yes, our flag has a name! In Arabic it’s called ‘Ladaam (Al Adaam)’ which means ‘to the Qataris, since ancient times.’ How cool is that? The flag’s name is a literal dedication to the people of Qatar. It doesn’t get more ajeeb than that!

The dark red/maroon shade of the Qatar national flag represents the colour of the banner of Sheikh Jassim bin Mohammed Al Thani, the founder of Qatar. It also has its own official Pantone shade! In 2015, the government of Qatar defined the flag’s shade as ‘Qatar Maroon’ – or Pantone 1955 C!

There are nine white triangles, eight maroon triangles, and two maroon half-triangles on the Qatari flag. The nine-pointed, serrated edge on the design of the flag signifies Qatar as the 9th member of the ‘reconciled emirates’ in the wake of the Qatari-British Treaty of 1916.

The flag of Qatar has an aspect ratio (the proportional relationship between its width and height) of 11:28 – making it the only national flag to have a width more than twice that of its height! Can you wrap your head around it?

Right from the start, Qatar asserted itself as a nation that would not be swayed. When, in 1932, the British proposed that the new Qatari flag be red in colour, Qatar refused. Instead they opted to go with maroon which was a symbol of its pride throughout history.

The Qatari flag also used to have purplish-red diamonds separating each of the nine serrated points, along with the word ‘Qatar’ on the design. These were removed in 1960 by Sheikh Ali bin Abdullah Al Thani, and in 1971, the Qatari flag as we know it was raised for the first time in the wake of the abolition of British Protection, and when Qatar joined the United Nations.

Want to know more about the flag of Qatar and where you can find authentic Qatari flags for decoration of your home or office? Visit The Look Company, the country’s official production house for Qatari flags!

And speaking of flags -- did you know that there's a huge Team Qatar flag relay happening on Thursday, December 14? Hundreds of athletes, schoolchildren, and inspiring figures from Qatar will be carrying the national colours across the country! Check it out here!

Did you learn something new from this article about the Qatari flag? Tell us in the comments below and let us know how you’re showing your national pride this Qatar National Day 2017! Also, don’t forget to like and share this article!

Images courtesy of The Look Company