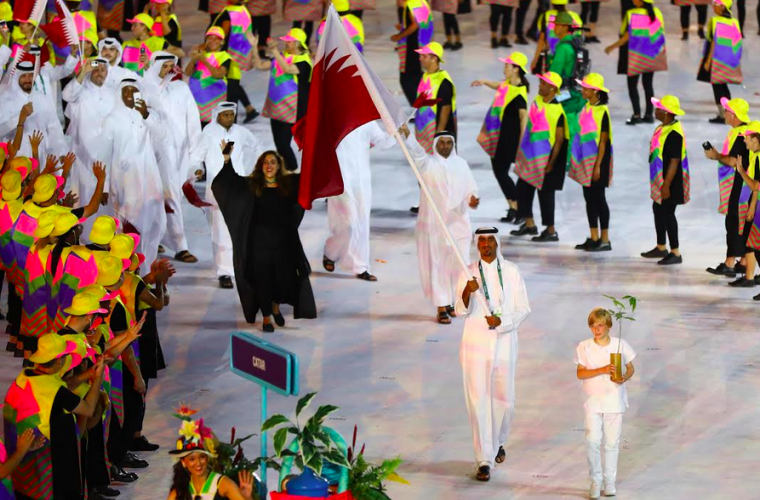 The Qatar Olympic Committee (QOC) has today announced that it will host a flag relay on Thursday 14th December to unite, inspire and share pride with the nation through Team Qatar in celebration of this year’s National Day. Hundreds of current and retired athletes, schoolchildren and inspirational individuals will carry the national flag across Qatar and its most iconic landmarks, transporting it via a wide-range of sporting activities and culminating in a grand finale at Darb Al Saii.

The flag relay aims to showcase the very best of Qatar and the very best of sport in a unifying celebration that will spread the Olympic values and transmit a message of peace, friendship and solidarity through the national flag, which is a symbol of Qatar’s dignity and pride. The values of sport and the values of Qatar are intrinsically linked and the event will celebrate the achievements and inspirational spirit of Team Qatar’s athletes and of Qatar itself ahead of this year’s National Day.

The flag relay will begin on the morning of 14th December at the Team Qatar Winter Camp in Sealine Beach. It will travel up and around Qatar taking in key landmarks, including the Museum of Islamic Art, Katara, the Pearl, Al Khor, Qatar Foundation, Al Shaqab and the Aspire Zone, before completing its route in the evening at the heart of Qatar’s National Day celebrations, Darb Al Saii. Flag-carriers will transport it via multiple different sporting activities, including cycling, running, para-athletics, sailing, rowing, swimming and more, reflecting the strength and depth of Team Qatar’s athletes.

Qatar has had a hugely successful year on the international sporting field in 2017 with standout performances including Fares Ibrahim, who became World Junior Champion in weightlifting and won silver at his first senior World Championships, Abdulrahman Abdelqader and Sara Masoud who won gold and silver respectively at this year’s Para-Athletics World Championships, Al Dana Al Mubarak who won shooting gold at the 2017 Islamic Solidarity Games and, of course, Mutaz Barshim who became World Champion, was the first high-jumper since 2004 to be undefeated for a whole season and finished the year as IAAF World Athlete of the Year, taking the crown from Usain Bolt.

Commenting ahead of his participation in the Team Qatar Flag Relay, Mutaz Barshim said:

“It’s an amazing honour to be part of the Team Qatar Flag Relay and share this experience with everyone in Qatar. I’ve achieved some amazing results this year and I am so happy with how I have fulfilled some of my dreams but the best part is always when I stand on the podium and see the flag of Qatar raised and hear the national anthem. This is a moment that I always cherish and it is a huge source of pride for me. It is every athlete’s dream to represent their nation and I hope that I am able to inspire more young Qataris to fulfil their dreams in the future and make our country proud.”

The flag relay will celebrate Qatar’s national flag, Al Adaam, to reflect the shared patriotism, pride and unity of Team Qatar. The QOC launched a new brand in October of this year that incorporates the flag in order to build on Qatar’s sporting heritage and patriotic roots, whilst looking to the future with a contemporary, adaptable and innovative design. ‘Team Qatar’ became the public-facing brand of the QOC in order to create a stronger association with Qatar’s inspirational athletes and represent the unity of Qatar’s entire sporting family. Al Adaam literally means ‘maroon’ and dates back to the ancient times when the Al Khor islands produced a reddish shellfish dye, which dried out in the scorching desert heat and turned maroon. Qatar’s founder, Sheikh Jassim bin Mohammed Al Thani, adopted the colour for Qatar’s first unified flag as he felt it best reflected Qatar’s history and environment, and Al Adaam continues to fly high as a symbol of pride and dignity. Further information about the flag relay route, timings and flag-carriers will be released over the week ahead so that spectators can plan where and when to watch the flag relay travel past their area. You can keep up to date with all news and information on the Team Qatar social media channels and website. Sign up to the Team Qatar Club for exclusive content, offers, fitness and health tips and more at www.olympic.qa/en/teamqatarclub.