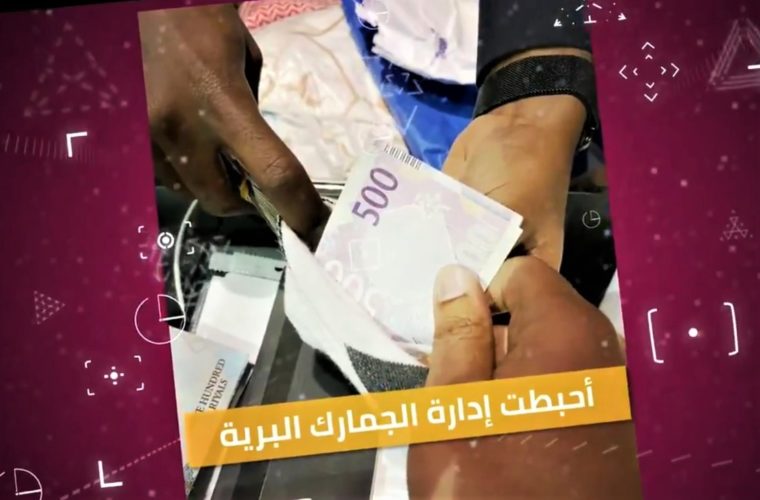 The Land Customs Department at the General Authority of Customs (GAC) thwarted the smuggling of a large amount of money, which was hidden secretly in separate places inside a car and socks.

The General Authority of Customs stated in this regard that one of its customs inspectors suspected a passenger before he subjected his vehicle to a close inspection, pointing out that during the said inspection, large sums of money were found hidden in separate places inside the car, and some of them were hidden in a number of foot socks in a secret way inside the storage places in the car.

The authority said that as a result, a report was filed on the incident and the traveler was referred to the competent security authorities, given that he did not declare the sums of money in his possession and deliberately concealed them. A traveler is obligated to declare what he carries in terms of money or valuable materials, in implementation of the provisions of Law No. (20) of 2019 on Combating Money Laundering and Terrorism Financing, and Cabinet decision No. (41) of 2019 issuing the executive regulations for it, which stipulates any natural person, upon entering or departing the State, who carries currencies, bearer negotiable instruments (BNIs) or precious metals or stones, shall be required to submit a declaration of the value thereof to the competent customs officer when such value is equal to or exceeds (QR 50,000). Furthermore, such a person shall complete the relevant customs declaration form, GAC noted.

GAC stressed that refraining from submitting the declaration, providing false information, or refusing to provide additional information to the customs authorities about the source of the currency, bearer negotiable financial instruments, or precious metals or gemstones, subject to penalties that may amount to imprisonment for a period not exceeding three years or fines that are not less than QR100,000 and not more than QR500,000 or twice the value of the transferred funds, whichever is more, in addition to the seizure of these funds.

It is worth noting that GAC used a system called "disclosure" and after the issuance of Law No. 20 of 2019 and its implementing regulations, the customs disclosure system was moved to the so-called (declaration system) and it is a mandatory application by the travelers themselves, where the law stipulates that any natural person, upon entering or departing the State, who carries currencies, bearer negotiable instruments (BNIs) or precious metals or stones; or arrange for transportation thereof into or outside the State through a person, mail, cargo or any other means, shall be required to submit a declaration of the value thereof to the competent customs officer, when such value is equal to or exceeds (QR 50,000). Furthermore, such a person shall complete the relevant customs declaration form.

In this context, the authority called on travelers to commit to completing the declaration if they meet the aforementioned conditions when traveling, within the framework of implementing the law that aims to protect society's security from the risks of money laundering and terrorist financing in all its forms.

NEWS / ENTERTAINMENT
Pay tribute to the Queen and stream “Elizabeth: A Portrait In Parts” on TOD
Submit