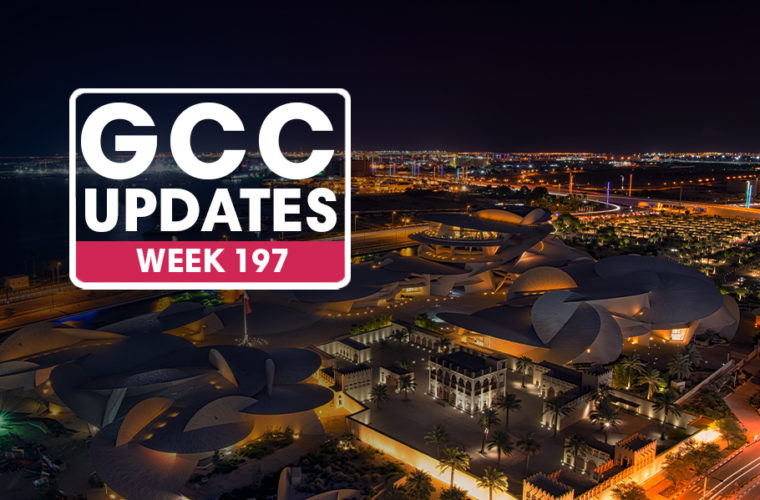 Every Thursday, we bring you the latest GCC updates. Here's what happened in Week 196.

His Highness the Amir Sheikh Tamim bin Hamad Al-Thani held a telephone call on Wednesday evening with H.H. Vice President and Prime Minister of the United Arab Emirates and Ruler of Dubai Sheikh Mohammed bin Rashid Al Maktoum, during which H.H. the Amir extended condolences on the death of H.H. Deputy Ruler of Dubai and Minister of Finance Sheikh Hamdan bin Rashid Al Maktoum, praying to Almighty Allah to have mercy on his soul and to rest it in peace in paradise, and give his family with patience and solace. (QNA)

The message was handed over by Acting Charge d'Affaires at the Embassy of the State of Qatar to the Kingdom of Saudi Arabia Hassan bin Mansour Al Khater during his meeting with the Undersecretary of the Saudi Foreign Ministry for Protocol Affairs Mashari bin Nahit.

The Bahraini newspaper Al-Watan broadcast its first episode of a documentary called “Al Khalifa Urban Renaissance in the Qatari Peninsula” on national TV as a retaliation to the Al Jazeera documentary "Out of Context". Manana believes the documentary was "media harassment", as stated in The Arab Weekly.

The documentary showed the different aspects of Sheikh Mohammed bin Khalifa bin Faisal Al Jumaili's rule over the Qatari Peninsula, with a focus on the castles, forts and buildings that had originally been constructed by the Bahraini Emir and narrates,

"episodes from the history, as evidenced by documents and biographies, and how that period became, through betrayal, plots and sabotage, a witness to treachery.” (The Arab Weekly)

According to The Arab Weekly, it is believed that Sheikh Mohammed bin Khalifa bin Faisal Al Jumaili who was born in a village in Riyadh's Al-Aflag region, was a Qatari Amir and founded the city of Zubarah. He was also a founding ancestor of the House of Khalifa.

Observers say the documentary's aim is to give evidence about the House of Khalifa's sovereignty over Qatar during the 18th century. Although broadcast by The Al-Watan, it's not clear if the Bahraini government approved the documentary, but it is widely believed that the authorities may have given it the "green signal".

The Bahrain State TV recently broadcast a report called "Qatar’s Al Jazeera … A Burden on the Qatari Citizen,” just days after the Al Jazeera TV broadcast a documentary alleging that Bahrain tortured people from the opposition in 2015 in the country's Jaw Central Prison, according to The Arab Weekly.

According to the Bahrain TV report:

“Every time Al Jazeera uses its media platform to target Bahrain, the nation unites with all its civil and official institutions to confront the channel’s schemes. Al Jazeera, with the support of its sponsors, is opening its doors to every disgruntled soul and outlaw figure, becoming eventually a burden on the Qatari citizen.”

“The Qatari Al Jazeera TV channel launched its operations in the Arab world by billing itself as ‘the platform for those without a platform’. With this slogan, all dissonant voices found in Al Jazeera a platform for themselves to spread their messages of incitement and hate, sowing discord in Gulf and Arab countries. Among the channel’s programmes, there were hundreds of reports that systematically targeted Bahrain.”

The broadcasts by the Al Jazeera network and the Bahraini State TV highlight the tension that is mounting between Qatar and Bahrain, even after the Al-Ula Statement was signed in January this year to end the blockade. Diplomats have said that the Al Jazeera network has toned down its coverage of Saudi Arabia as it moved towards better relations with the country, but its coverage on the other GCC countries is "largely unchanged".