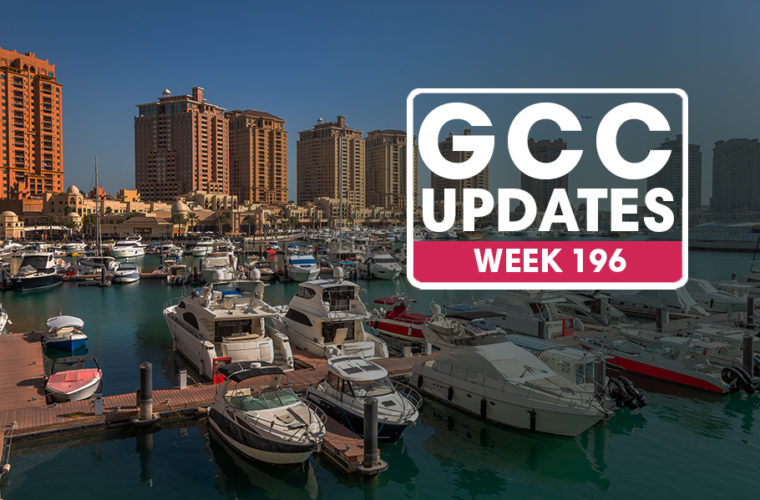 Every Thursday, we bring you the latest GCC updates. Here's what happened in Week 195.

His Excellency Deputy Prime Minister and Minister of Foreign Affairs Sheikh Mohammed bin Abdulrahman Al-Thani participated in the meeting of the 147th session of the Ministerial Council of the Cooperation Council for the Arab States of the Gulf, which was held on Wednesday at the headquarters of the Secretariat General of Cooperation Council in the Saudi capital, Riyadh, according to QNA.

The meeting was chaired by H.E. Minister of Foreign Affairs of the Kingdom of Bahrain and Chairman of the current session of the Ministerial Council Dr. Abdullatif bin Rashid Al Zayani, and attended by Their Highnesses and Excellencies the GCC foreign ministers and H.E. GCC Secretary-General Dr. Nayef Falah Mubarak Al Hajraf.

During the meeting, they exchanged views on the GCC march, in addition to the latest regional and international developments.

During a meeting of the Foreign Relations Committee of the House of Representatives Egyptian Foreign Minister Sameh Shoukry, talked about Egypt's relations with Qatar post-Al-Ula Statement that was signed in Saudi Arabia on 5 January 2021 ending the blockade against Qatar placed by Saudi Arabia, the United Arab Emirates, Bahrain and Egypt, according to CNN Arabic.

"It is too early to judge Qatar's commitment to the statement, and we will continue with the follow-up committee to evaluate Qatar's performance, and I look forward to having an implementation from Qatar. There are positive messages from Qatar in this regard".

The Bahraini Foreign Ministry has claimed that the programme "Out of Context":

“contained false information and allegations put forward by hired instigators. Qatar, Gulf and Arab countries know that these instigators receive their orders from foreign parties with bad intentions towards the kingdom and GCC countries. The film is inconsistent with the principles of Al-Ula declaration.”

The Al Jazeera broadcast on 7 March 2021, allegedly showed opposition prisoners being tortured in Bahrain's Jaw central Prison in 2015, which Bahrain says is false information "made by people who had been hired to campaign against Bahrain." (Middle East Eye)