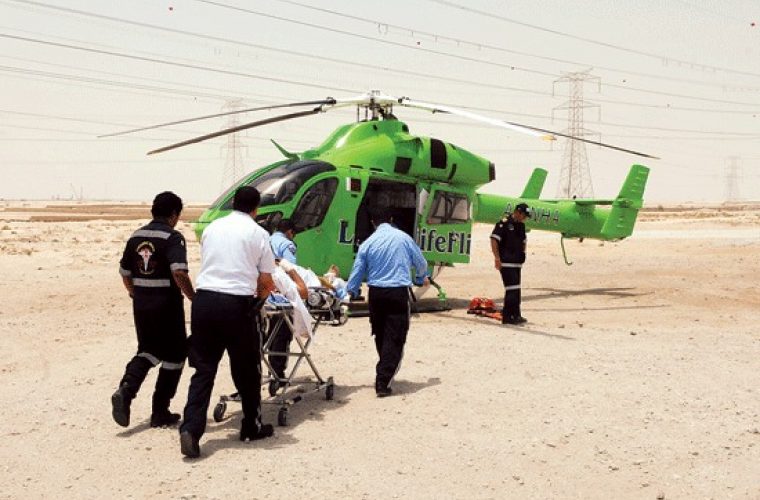 Air Ambulance rescued an Eid Al Adha enthusiast from drowning off the Sealine beach in the south of the country yesterday.

The person was rushed to hospital for emergency medical care and discharged after treatment and brief medical observation. This was one of an estimated 322 calls Air Ambulance Service of Hamad Medical Corporation (HMC) received until last evening.

Many calls were to rescue what were claimed to be drowning cases, said Hatim Al Aaji, Supervisor, Ambulance Service.

An eight-year-old child was found dead inside a car in Muaither suburb of Doha, Al Aaji said, not giving details.

This could have been the boy with special needs reported missing on the first day of Eid and was found dead in the neighbourhood yesterday morning. The boy had been with his friends meeting relatives. He returned home and went out again, Al Sharq reports on its website.

Al Aaji said three people were injured in a road accident in Al Wakrah and one person at home in Al Khor for which Air Ambulance Service received calls for help.

Meanwhile, some 645 people turned up at the accident and emergency unit of Hamad General Hospital between 6am and 6pm on the second day of Eid, mostly with complaints like stomach upsets.

Consultant at the unit, Dr Jalal Al Isai, said aside from stomach upset cases due to overeating and indigestion, some children had suffered minor injuries while playing.

He said some people turned up for treatment after having slaughtered sacrificial animals at home. They were treated despite what they did was against the government’s repeated insistence that no one should slaughter animals out of licensed abattoirs due to health risks.