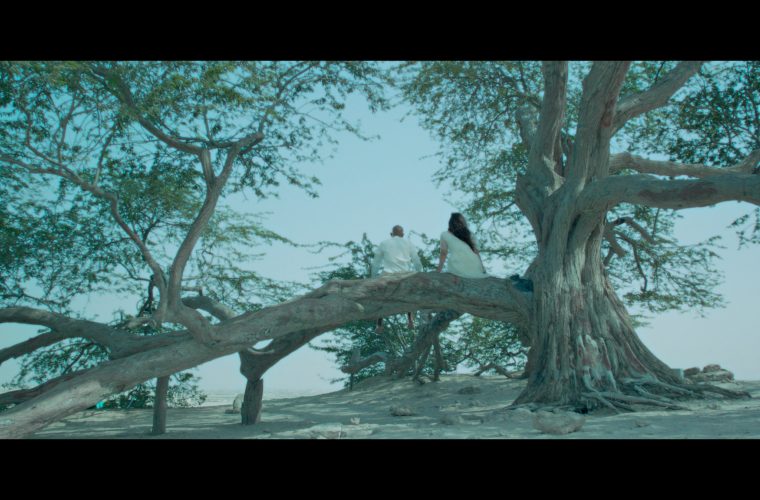 The Doha Film Institute is organising a special screening of ‘The Sleeping Tree’, the feature film debut of Bahraini filmmaker Mohammed Rashed Bu Ali at the Museum of Islamic Art Auditorium on the 21 and 22 of January 2016.

Part of DFI Cinema Series, Hekayat Khaleejiya: Stories from the Gulf, which provides a window into the region’s creativity and storytelling, the film screenings on both days will be followed by Q&A session with director Mohammed Rashed BuAli.

The Sleeping Tree (Bahrain, 2014, Arabic) is about a bedridden young girl, Amina, who suffers from cerebral palsy — a set of permanent movement problems. Her young parents, Jassim and Noora, struggle to keep their marriage afloat as they react to her sickness in different ways — Noora stays home to care for her daughter, while Jassim detaches himself from the situation at hand. When Jassim takes his brother’s taxi out, however, he comes across the Tree of Life and a spark of hope is ignited within him.

BuAli partnered up with established screenwriter, Fareed Ramadan, to bring The Sleeping Tree to life. The film blends reality with dreamscapes, the past with the future, and has been both an extraordinarily long experience and a very personal process for director BuAli, who based the script on his own childhood as he watched his sister suffer from the same disease.

Produced by BuAli, Fareed Ramadan and Suha Matar, the film stars celebrated stage and screen actors from Bahrain including director and actor, Jamaan Al Rowaie, as well as Ibrahim Khalfan, one of the founders of the Bahraini theatre movement, and regional film and TV icons Maryam Zaman and Haifa Hussain.

Regarded as one of Bahrain’s most active filmmakers, Mohammed Rashed BuAli is a trained legal professional who made his foray into filmmaking after the success of his first short film ‘Between Them’ in 2006. Since then, he has produced a number of innovative short films including Absence (2008), The Good Omen (2009), and Canary (2010) and was nominated for the IWC Schaffhausen Filmmaker Award for his debut feature. BuAli is the Deputy Chair of the Bahrain Cinema Club, the Artistic Director of the Naqsh Short Film Festival and a Founding Partner in production company, Nooran Pictures.

Arab filmmakers are achieving increasing global visibility with 2016 shaping up to be a hugely successful year for Arab voices in world cinema. The Doha Film Institute is committed to raising the profile of Arab films and filmmakers and the Hekayat Khaleejiya series demonstrates this commitment to highlighting filmmakers from the Gulf in particular. The Institute encourages social media users to share their experiences with Arab films by using the hashtag #SupportArabCinema, a regional initiative launched recently by Image Nation.

Tickets are now on sale online at www.dohafilminstitute.com or in person at the DFI Ticket Outlet at the Museum of Islamic Art (across the auditorium) from 21 January from 12:00pm to 8:00pm and 22 January from 2:00pm to 8:00pm. Tickets are priced at QAR 35 and QAR 25 for students. (Students must present a valid student ID to receive a discount and there is a maximum of two discounted tickets per person. Discounts are only available at the ticket outlet locations).

Hekayat Khaleejiya, which translates to ‘Stories from the Gulf’, is a quarterly screening series dedicated to showcasing cinematic voices from the Gulf region. Taking place at the Museum of Islamic Art, the series presents films accompanied by Q&A sessions with the filmmakers to gain insight into their work and process. For more details, please visit www.dohafilminstitute.com