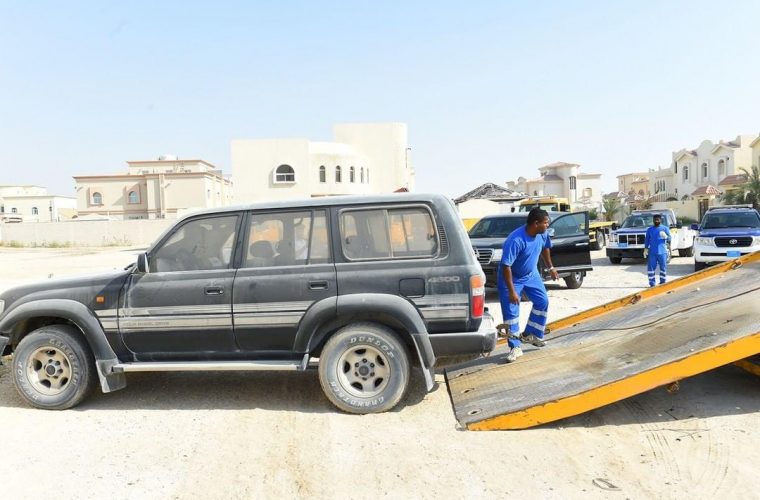 The campaign to remove abandoned vehicles across the country started in Doha city by the end of June then moved to Al Sheehaniyah and is now targeting the jurisdiction of Al Daayan.

Warning stickers are placed on the abandoned vehicles and owners are given three days to remove them before the committee does the same.

Since the establishment of the joint committee in 2013, 61,524 vehicles have been removed, 43,202 of these were placed in Al Masha impound ground and the rest at Abu Hamour. MME has opened a new site for impounding abandoned vehicles at Al Mazrouah Area within Umm Salal Municipality, which accommodates up to 25,000 vehicles, in addition to the existing two other locations at Al Mashaf and Mesaimeer.