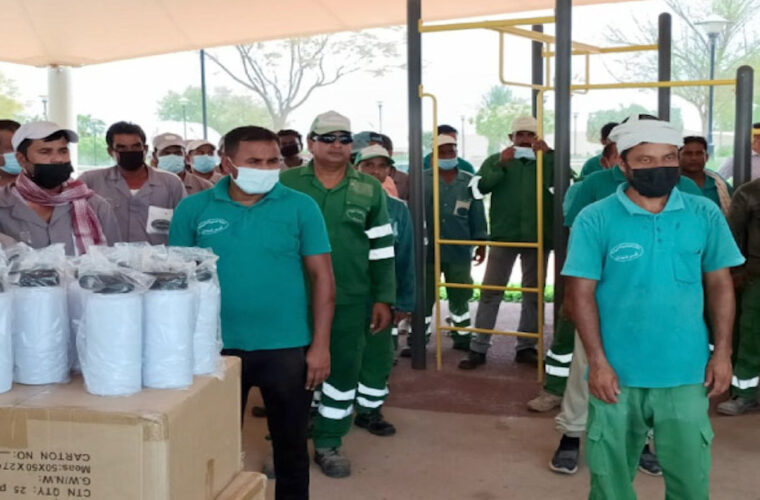 Qatar Charity announced on 18 August 2022, the launch of the ‘Soqya’ water project. The project is something that Qatar Charity executes annually and it is to ensure outdoors workers remain hydrated throughout the summer while working under the sun.

The project includes the distribution of water and dates to workers, while also increasing awareness of the effects of the sun and the requirement of consuming enough water.

52,000 bottles of water are expected to be distributed by Qatar Charity, along with the dates and water containers; thus, benefitting approximately 5,000 construction workers.

Qatar Charity has worked together with the Ministry of Municipality and Al Kawther Water Treatment (Qatarat) and has distributed almost 10,000 bottles of water, 700 cartons of dates and 200 water containers in the areas of Umm Salal municipality and industrial area already.