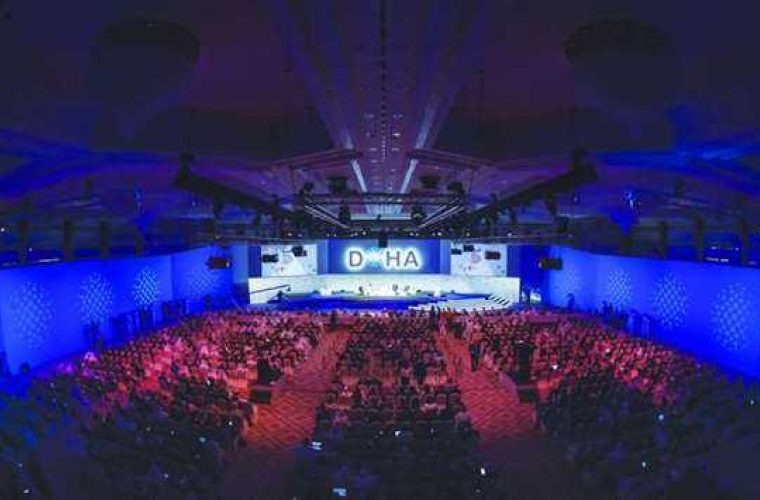 The Doha Forum 2019 has announced the strategic partners as it prepares for the 19th edition, set for December 14-15 at the Sheraton Grand Doha Resort and Convention Hotel.

This year, The Royal Institute of International Affairs, widely known as Chatham House, is a new strategic partner, according to a statement issued Wednesday.

The Doha Forum has also renewed prior strategic partnerships with the International Crisis Group, the European Council on Foreign Relations and the Munich Security Council.

Welcoming many of the worlds top decision-makers and policy leaders, the Doha Forum exclusively partners with top policy institutions who lead research and debate on global issues, while setting the agenda for discussion for the Doha Forum 2019, themed "Reimagining Governance in a Multipolar World."

HE Lolwah Al-Khater, the spokesperson of the Qatar Ministry of Foreign Affairs and executive director of the Doha Forum, said : "The Doha Forum is the regions largest open platform for global discussion with carefully curated topics that are meant to reflect global concerns, bringing them to the forefront of discussion; and this cannot be achieved without the valuable insight of our partners.

Since its inception 19 years ago, the Doha Forum has welcomed many policy leaders to Doha and contributed to many issues of global concern through alliance, consensus and dialogue. I am delighted that this year we will again work with such esteemed partners who will all contribute to the success of the 19th edition."

The theme for the Doha Forum 2019, 'Reimagining Governance in a Multipolar World' has been specially designed in light of recent developments this year on topics such as migration, refugees, climate change, changing world leaderships and the rise of new global powers; and partnerships have been acquired to support and encourage discussion on these topics.

This year Doha Forum hopes to engage even more participants from a wider audience as it builds upon its core values of diversity, diplomacy, and dialogue.

The 19th edition of the Doha Forum will work with its strategic partners to bring the best of direction to the Forums discussions, in addition to a number of local entities, the statement added.