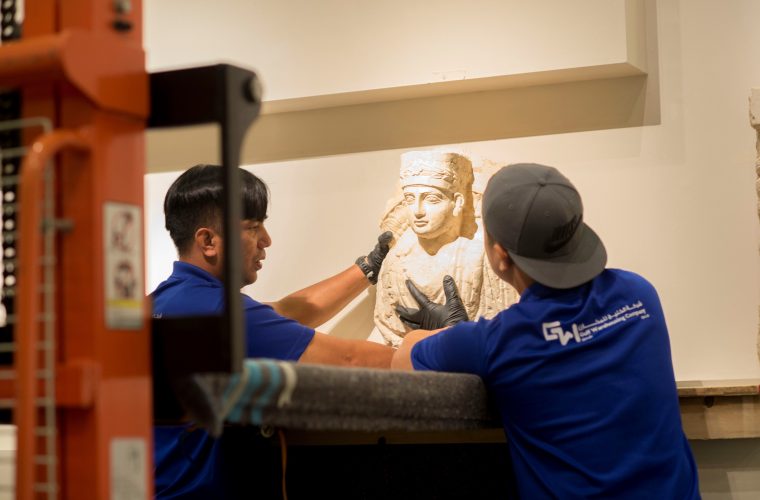 Preparations are almost complete for the ‘Syria Matters’ exhibition, organised by the Museum of Islamic Art (MIA) in Doha as part of its 10-year anniversary celebrations. The exhibition is the first of its kind in the region and is due to open to the public on 22 November.

Some of these pieces are important loans from the various Qatar Museums collections, notably the Orientalist Museum, as well from the Qatar National Library, the Sheikh Faisal Bin Qassim Museum and other private collections. They are presently being installed at the museum.

They are complemented by rare treasures from the Hermitage in St. Petersburg, the Louvre in Paris, Berlin’s Museum of Ancient Near Eastern Art the Berlin State Library, the British Library and the Türk ve Eserleri Müzesi in Istanbul.

Some of the most important pieces on display include:

As part of QM’s pledge to safeguard Syria’s unique cultural legacy, visitors will be able to encounter some of Syria’s most iconic World Heritage sites, such as Damascus but also Palmyra and the citadel of Aleppo, which has seen so much suffering during the war, in a specially designed immersive film experience by the French company Iconem.