National Museum of Qatar hosts a number of programmes to mark its opening! 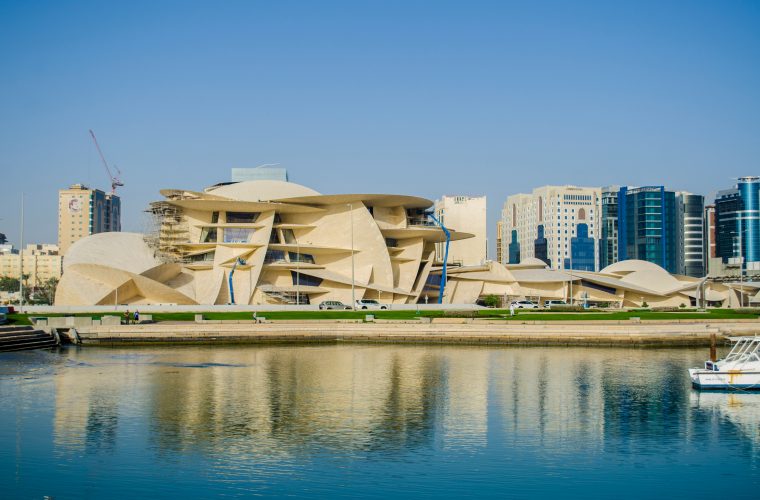 On Monday, 25 March, Qatar Museums (QM) will officially launch “Qatar Creates” – a week-long programme of panels, talks, workshops and tours that shine a spotlight on the dynamism, diversity and creativity of Qatar’s burgeoning arts and cultural scene.

Under the visionary leadership of Her Excellency Sheikha Al Mayassa bint Hamad bin Khalifa Al Thani, Chairperson of QM, the progamme has been put together in recent months by the Education Team at QM. To kick-start the week-long series of panels and workshops, Virginia Commonwealth University School of the Arts will host a panel discussion on 25 March from 16:00 to 17:30 about how art schools have changed in the past decades and what the future of art education might look like. The panel is titled “From the Art School to the Art World: Preparing a New Generation of Artists, Designers and Art Professionals for the Future.”

QM’s Director of Education Dr. Jelena Trkulja will moderate the discussion and will be joined by Roseanne Somerson, President of the Rhode Island School of Design; Shawn Brixey, Dean of Virginia Commonwealth University's School of the Arts; Marta Kuzma, Dean and Professor at Yale University and David Linley, The Earl of Snowdon.

Later that afternoon, starting at 17:00 to 18:30 at the Fire Station, a group of distinguished figures will take part in a panel moderated by Tom Eccles, Executive Director for the Center for Curatorial Studies at Bard College, and titled “Public Art & Cultural Heritage.” They include British artist Liam Gillick, whose new work Folded Extracted Personified, has just been installed in MIA Park; French artist Jean-Michel Othoniel, who has created a site-specific commission for the new NMoQ; and Raqs Media Collective member Shuddhabrata Sengupta.

This panel talk addresses questions related to how an artwork fits into a location and environment and how the surroundings interact with it. These experts will be joined by Abdulrahman Al Ishak, Head of Qatar Museums’ Public Art programme to give examples from Qatar and abroad and discuss the role of public art in preserving and critically exploring cultural heritage. Photographer Brigitte Lacombe, known for her influential and revelatory portraiture, will also deliver “Photography Talks” from 6:30 pm to 7:30 pm at Katara Cultural Village. In this talk, she will discuss her life, her work and what it takes to capture the authentic essence of a subject.

On day two of the programme, on March 26th, arts and culture buffs and fashionistas are set to be spoiled for choice as one of the busiest and most exciting days in the week-long programme sees three top-class events take place. Starting at 11:00 am at Mathaf: Arab Museum of Modern Art, a group of cultural luminaries will broach the subject of “Museums of Modern Art – Current Trends, East and West.” Mark Rappolt, leading Cultural Critic and Editor-in-Chief of ArtReview, will moderate a discussion between Michael Govan, Chief Executive Officer (CEO) of the Los Angeles County Museum of Art; Adam Weinberg, Director of the Whitney Museum; Monica Narula, Co-founder of Raqs Media Collective; Vasili Tsereteli, Executive Director of the Moscow Museum of Modern Art and Abdellah Karroum, Director of Mathaf. The panel will focus on various aspects of curatorial practice, programming, and socio-political engagement of museums of modern art, and assess the public’s evolving interest in modern art and its social relevance in today’s context.

Elsewhere at the same time, in the Auditorium at the Museum of Islamic Art (MIA), Brad Goreski, Former co-host of E!’s hit series “Fashion Police” and one of the most sought-after fashion stylists, along with Samer Khouzami, make-up guru, and Monique Lhuillier, world-renowned fashion designer, will discuss in a panel titled “Dressing for the Red Carpet” how celebrities dress for the red carpet and share expert insight into the considerations that inform their choices. This panel will be moderated by Nadine Njeim, popular actress and Miss Lebanon 2004 titleholder.

Later at 14:30 pm that afternoon, also at the Museum of Islamic Art Auditorium, Rebecca Rabinow, Director of the Menil Collection in Houston will moderate a discussion on the changing role of women in the art world and society. She will be joined by a number of leading Qatari female filmmakers, artists and musicians and other high-profile filmmakers to explore the extent to which one’s gender informs one’s art, whether artists feel the urgency to address topics primarily connected to women and where the social and political aspect of art production ends and the deeply personal begins.

Over the course of five days, from 25th to 29th March, more than 60 pioneers and leaders in their respective fields will share insights, perspectives and ideas with large groups of audiences in locations that range from NMoQ, Qatar National Library, the Museum of Islamic Art, Katara and more. Participants include photographers, architects, artists, critics, commentators, designers, film-makers and more.

Places are limited and available on a first come, first served basis. Given that the events are expected to be enormously popular, interested visitors are encouraged to arrive early at the venues.