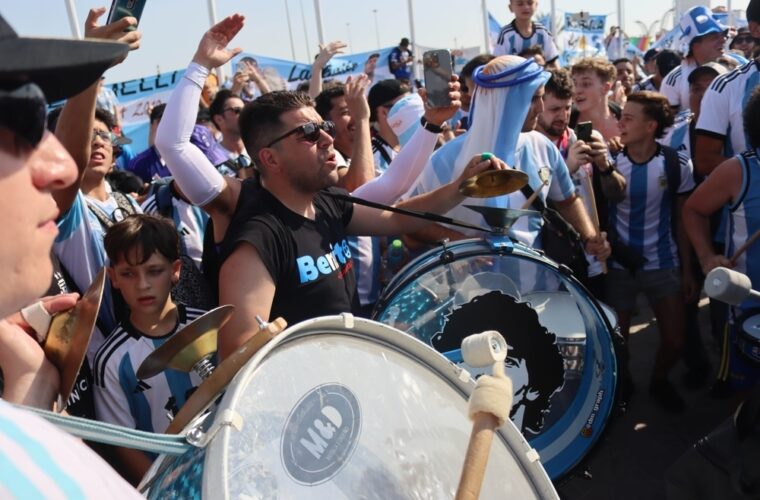 A report by the Financial Times talks about how World Cup fans who are visiting Qatar are brushing aside the negativity surrounding the tournament and talked about their "fantastic time" here - as mentioned by Financial Times.

The report mentions how one can see a 'United Nations of football', at Qatar's Souq Waqif where Argentina fans can be seen in Arab headdresses and Cameroon fans can be seen wearing capes in their national colours. The report quotes a Wales fan, Paul Williams, saying, "going down the souq, you see all the people walking around from 32 different nationalities. It's been absolutely fantastic".

Financial Times says that the run-up to the World Cup has seen scrutiny from the western media but fans seem to have 'shrugged off' the controversies. The report mentions that after spending money to travel to Qatar, fans have preferred to let football eclipse the negativity.

The report also quotes another Wales fan, Terry John, saying, "I think there's been a lot a of scaremongering in the media. We've had a fantastic time".

'The compact nature of the World Cup has allowed fans to stack up many games in a few days and as per a company director from England, Fil Sollof, he has been able to take up 10 matches in 9 days', the report said.

The report also mentions fans talking about Qatar's visa regime, safety and more. As per the report, a Sudanese fan, Abu Ghasem pointed out that Qatar's visa regime meant that visitors from the 'global south' that is made up of Africa, Latin America, Japan, South Korea etc, have been able to attend.

A Jordan-based student, Omar Taysir, draped in the Palestinian flag, said that the authorities in Qatar had been welcoming and his entry to the country was seamless ad compared with his previous struggles to enter UK on a scholarship.

The report also mentions that fans have felt safe and have not been worried about pickpockets etc. Another fan also described the family-friendly environment in Qatar and that it is a good place to bring kids.

Financial Times mentions a fan, Chris Ayres from the US saying, "the World Cup brought a lot of people together. It's been a fantastic experience, everything has been clean, and I've felt completely safe everywhere."