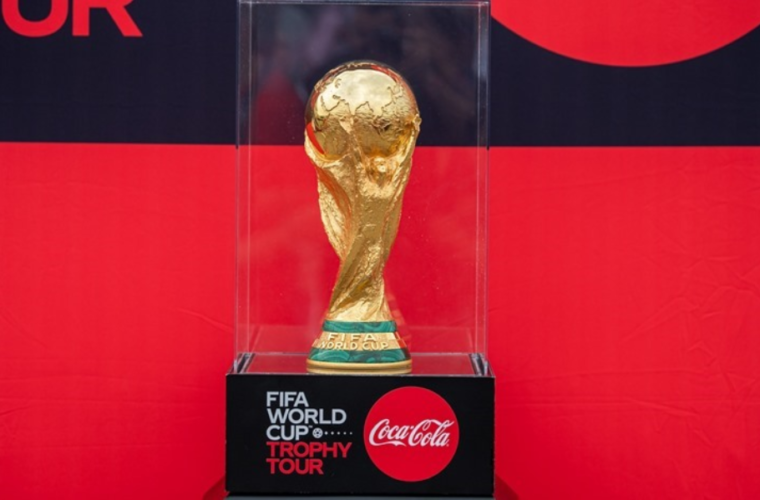 Qatar News Agency (QNA) reports that the original FIFA World Cup Trophy arrived in Doha on Sunday morning at the end of its global tour that included more than 50 countries and regions, a few days before the start of the FIFA World Cup Qatar 2022.

The original World Cup trophy's global tour kicked off in Dubai in the UAE in May, visiting all the countries participating in the FIFA World Cup Qatar 2022 and other countries, in a tradition that first began in 2006.

The promotional tour represented an opportunity for fans to watch the trophy, which 32 teams will compete for starting next Sunday, crowning the winning team in the final match held at Lusail Stadium on Qatar's National Day, 18 December.

The original FIFA World Cup Trophy will remain under the supervision of the Supreme Committee for Delivery and Legacy (SC) and FIFA from today, 13 November, until the final match of the FIFA World Cup Qatar 2022, when it will be handed over to the winning team.

According to FIFA rules, only former champions and heads of state have the right to touch the cup, which is temporarily kept by the winning team. Later, the winners receive a special gold-plated copy bearing the inscriptions of the flag of the tournament, the host countries, and the winning team called the champion copy in its place. Meanwhile, the original trophy made of gold returns to FIFA, as per laws and regulations.

Although the trophy is given to the winning team, it remains the property of FIFA. The trophy is made of pure gold and weighs 6.142 kilograms. Its surface is engraved with two people carrying the globe high, with its current design dating back to 1974.