Qatar’s significant role in supporting the people of Yemen 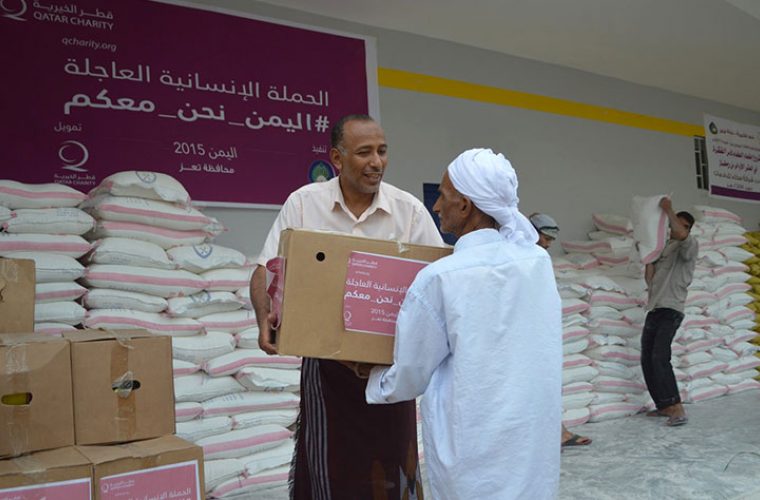 Currently Yemen is on the edge of civil war and the condition Yemen finds itself in is worsening constantly. Forces supporting the resigned President Abdrabbuh Mansour Hadi on one side of the conflict opposed by the Houthis, rebels allied to Zaidi Shia. Both are in turn opposed by al-Qaeda in the Arabian Peninsula (AQAP). Deadly attacks are increased even further by the emergence of the Islamic State, who claim to have carried out numerous suicide bombings in 2015 in Sanaa. Now it is up to neighboring states, and those in the wider MENA region to intervene.

President Hadi requested for Saudi Arabia to intervene, resulting in Saudi Arabia attacking Houthis in a coalition with other Gulf States, Jordan, Egypt, Morocco and Sudan. But what is it that Qatar is doing, in times of conflict when intervention primarily results in more destruction?

On the 23rd March Yemeni Deputy Prime Minister and Foreign Minister Abdulmalik Al-Mikhlafi highlighted the important role Qatar played in supporting Yemen and its people in this crisis. With a bid of more than $ 220 million and an increase in international and Arab awareness and relief through many conferences, Qatar makes strong efforts to aid Yemen.

After the 16th edition of the Doha Forum last week, UN envoy to Yemen, Ismail Ould Sheikh Ahmed, emphasized Qatar’s positive role, together with Kuwait and the United Nations to return the government’s delegation of Yemen to the peace consultations in Kuwait. The conflict in Yemen, as well as Palestine were focal points of the Doha Forum and meetings Sheikh Ahmed attended.

Yesterday in Jeddah, British Foreign Secretary Philip Hammond commented on the achievements in peace talks and issued the importance of peaceful political settlements, stabilization and humanitarian aid. Why this is so important, is because since the start of Saudi-led coalition air strikes a number of 6,000 people were killed, half of which were civilians. More than 21 million Yemenis need humanitarian and medical aid while the healthcare system is struggling and in critical condition. At the Yemen Humanitarian Crisis Conference great attention was paid to the “disastrous” situation, as a Yemeni surgeon called it.

In 2015 Qatar Charity had reached over 52,000 with vital emergency aid. Qatar Charity Yemen supported regions of Abyan, Aden, Lahj, Shabwa and Hodeidah with urgent humanitarian assistance for the people of Yemen that rely on such aid in this crisis. Approximately 36 million QR were provided with this assistance.

With Qatar Charity Yemen’s base in Djibouti, the charity faced many struggles and challenges that however did not prevent it from food distributions, such as one in August 2015 reaching 6000 families with 50 kg flour, 10 kg sugar, 10 kg rice, 5 liters cooking oil, powder milk, macaroni and other items. Furthermore, it distributed first aid bags, medication and supplies to hospitals in Aden, Ma’rib, and Taiz. Finally Qatar Charity under project leadership of Sheikh Abdulaziz bin Jassim al-Thani launched an orphanage already three years ago.

Qatar’s plentiful efforts and relief projects are appreciated and of utmost significance to Yemen’s stability, peace and help to the civilians suffering under the setting of war. Share this with the world, or your immediate circle, if you think people should know about Qatar’s positive role. And find out what you can do for the people in Yemen, for example on Qatar Charity’s website!