ILQ Globetrotter: Sydney, so much more to sea 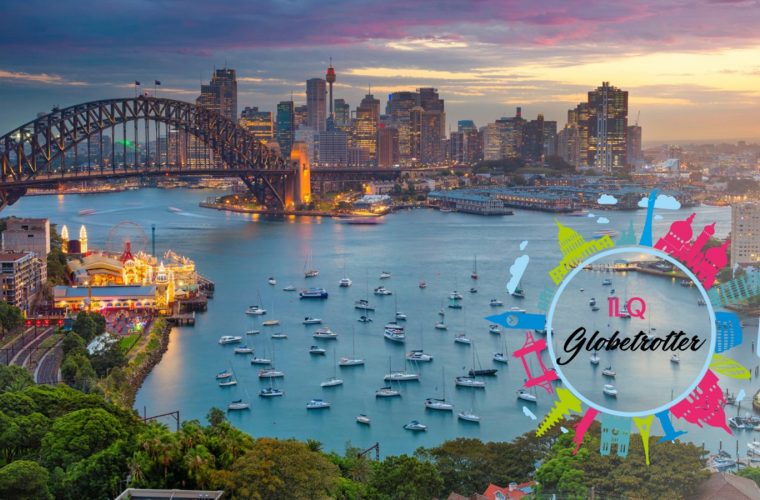 I last visited Sydney five years ago and spent my time hurriedly cramming in as much of the cultural, historical and architectural sights as possible. My crazy itinerary combined with the tail-end of a hot Australian summer meant my trip was less of a holiday and more of an endurance expedition. This time round, I decided to enjoy a slower pace with the aim of taking in the more relaxed side of Sydney and visiting some of the attractions that are perhaps less known to the average tourist.

I visited in October which, along with March, is considered one of the best months to enjoy the city; temperatures are pleasant and range from around 21-30 degrees Celsius.

To start my trip off on the right note, I recharged my batteries and boosted my well-being with a wonderful two-night stay at Billabong Yoga Retreat. The retreat is nestled on the edge of the sprawling Blue Mountains and is easily accessible by public transport. I’ve never felt as relaxed and peaceful as I did at Billabong. My accommodation was a fully-equipped cabin with a balcony view over the billabong itself, and contained everything you’d need; bathroom, shower, herbal tea-making facilities – all of which were eco-friendly. Yoga and meditation classes took place several times daily in the beautiful bamboo-floored studio.

When not enjoying a class, I took a dip in the magnesium-infused swimming pool, lounged on wonderfully soft comfortable chairs and blankets in the relaxation area, and attended a couple of the hugely informative workshops that covered topics such as gut health and food fermentation. All catering is done on-site by skilled vegetarian chefs, the food was fantastic, and I was most impressed with a mouth-watering ‘moussaka’ made from creamed cashew nuts. I really didn’t want to leave the retreat with its calming and restorative atmosphere. Prices start around QR 970/night.

(A koala dozes with the Sydney Harbour Bridge in the background. Photo credit: iStock by Getty Images)

Following the tranquil country setting, I then travelled to the middle of Sydney city. I stayed at the super-central Mantra 2 which provides fantastic apartment accommodation. My apartment was stylishly decorated with a well-equipped kitchenette, a sitting area, and two good-sized bedrooms. Prices start around QR 1,260/night.

The aparthotel was ideally located to access Circular Quay for a day trip to the hidden gem of Cockatoo Island, recommended to me by a local.

The history behind this island is riveting. Once home to a prison for convicts, it was then developed (using convict labour) into a shipyard that played a hugely important role throughout both world wars before being decommissioned in the early ‘90s. Alongside this, the island was also home to a school for delinquent girls. There’s a fantastic photographic exhibition housed in one of the former official residences that really brings to life the people who worked and lived on the island. I spent around three hours exploring the echoing empty warehouses, huge machine sheds, and eerie tunnels. For the more adventurous, you can actually camp overnight on the island in military-style tents. Admission is free.

Much more to sea

Continuing my theme of exploring lesser known attractions, another recommendation from a local was Sculpture by the Sea which claims to be the world’s largest free public sculpture exhibition. The exhibition takes place yearly in October and November along the cliff-tops from Bondi Beach to Coogee Beach. Local artists’ work is displayed as you stroll in the sunshine along the footpath. The pieces are cleverly positioned and integrated into the landscape; some intertwine with the rocks while others give you a different view of the waves below. Special bus services take you from Bondi Junction Station to the start of the exhibition. Tip: it’s worthwhile investing in an exhibition catalogue (QR 28) sold along the way so you can read the details of the sculptures and how they were made.

After my day by the beach, I decided to investigate one of Sydney’s newer restaurants, the completely vegan Bodhi. Beautifully located with tables outside under the fig trees, you can take your pick from a mouth-watering menu of vegan yum cha. I particularly enjoyed the sweet potato and yam tempura spring rolls, wonderfully crisp on the outside with a soft sweet purple filling. Everything was lightly cooked and deliciously flavoured. Average price QR 190/person.

In addition to these highlights, I also spent days wandering the nearby beaches of Cronulla and Kurnell, both small beach towns with fabulous walks as well as a wide range of eateries serving food from all over the world. Sydney’s easily navigable transport system means you can find yourself away from the hub-bub of the city and into the tranquillity of the country within 30 minutes or so.

So, if you’re heading to Sydney, take some time to see what else is out there to see – there’s so much more than the Harbour Bridge and the Opera House, that’s for sure!

Where are your top travel destinations for 2018? Drop us a line and let us know in the comments below, and don’t forget to like and share this article!