Why Qatar Should Be Allowed to Keep the 2022 World Cup 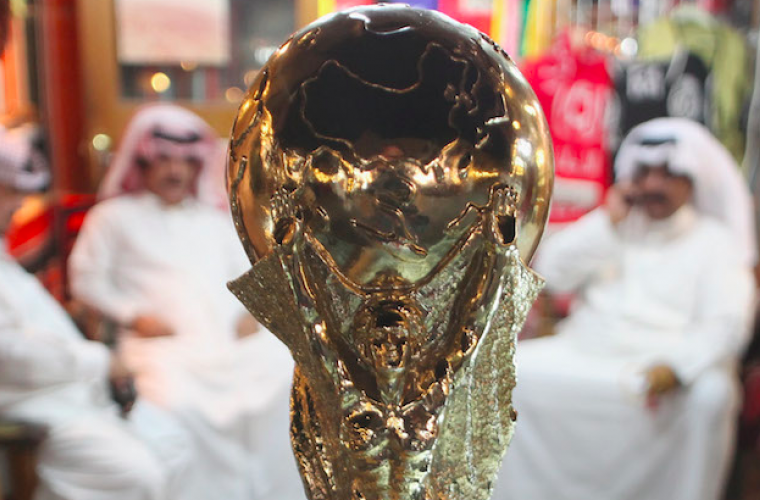 The World Cup will be in Qatar in eight years, though some human rights activists and soccer officials have been calling for a re-vote on the 2022 host; if that takes place, Qatar would likely lose the Cup due to charges of greasing FIFA officials as well as the country's human rights problems.

But let me ask: Why did journalists not attack Russia with the same daggers eight or nine years ahead of its World Cup, set for 2018? One reason may be that the Russian regime doesn't really care when the world points out its human rights horrors. Moscow typically does little to nothing.

Qatar, however, is responsive, and it often makes important changes to the treatment of its residents and citizens when a major government, NGO, or news organization points out flaws in its human rights record.

Following reports of poor conditions of foreign laborers in Qatar by multiple news organizations, a Guardian editorial in February noted that, "In response to growing concerns, the Qataris have issued new guidelines to contractors in a bid to improve the working conditions of laborers." A May headline in The Guardian declared, "Qatar promises to reform labor laws after outcry over 'World Cup slaves.'"

In 2013, Qatar hired international firm DLA Piper to produce a report with recommendations on its labor rights record.

In June, Qatar was upbraided by the U.S. State Department's annual "Trafficking in Persons" report for inadequate safeguards against human trafficking, and I wouldn't be surprised if Qatar takes action in an attempt to better next year's assessment.

Many Qataris are just as appalled by reports of human rights violations in their country as are other conscientious observers; many of the offenses happen under the watch of European firms who employ legions of South Asian workers from Nepal, Sri Lanka, India, and elsewhere. Just as most Americans were unaware of the decades-long and widespread negligence at Veterans Affairs hospitals across their country, Qataris often learn about problems in their state when a news organization exposes them. The Qatar government is blacklisting companies in the country that do not pay laborers on time, largely the result of worker protests and news reports thereof.

Without its World Cup and the microscopes it attracts, Qatar would have less pressure over the next decade to improve civil liberties and basic human rights.

And what happens in Qatar doesn't stay there. Other countries in the region pay close attention to Qatar's domestic and diplomatic moves. The country is the wealthiest nation in the Arab Gulf and, by many metrics, the world. Doha is the Dubai of yesteryear, albeit with less hedonism, and Qatar has invested more proactively in its country's education, healthcare, and publicly available research than other Gulf countries. Qatar's English-language Doha News is one of the most independent and outspoken domestic news organizations in the Arab world. These positives are available for other nations in the region to see partly due to coverage of Qatar's World Cup preparations.

It should be noted that international pressure on Qatar doesn't always yield positive results in kind. A Qatari poet was sentenced to life in prison for allegedly insulting the country's previous ruler, but global pressure to free him immediately resulted only in a reduced sentence of 15 years.

But Qatar, which has only been an independent nation since 1971, is a young country trying to balance its high-speed urban and technological growth with a modern human rights record. The latter often takes more time. Despite "[Qatar's] development, much of this disorienting, feverish change, a change in the physical environment so visible to the outsider...the traditional underlying structures that defined Qatari life for decades remain remarkably resilient," wrote Georgia State University professor Allen Fromherz in Qatar: A Modern History.

American critics of Qatar should be reminded it took nearly 200 years for the United States to protect freedom of speech in the way the First Amendment promises—the 1964 Supreme Court ruling in The New York Times v. Sullivan gave journalists unprecedented protection from defamation lawsuits served by government officials. Only in 1967 did the Supreme Court protect the right of blacks and whites to marry each other.

Human rights improvements in Qatar are afoot, but the country will not—cannot—become Sweden overnight. I am not saying that postponing civil liberties is ever acceptable, and yes, "justice delayed is justice denied," but the paradox surrounding the push to relocate the Qatar World Cup is that doing so would both delay and deny the very progress critics claim to support.