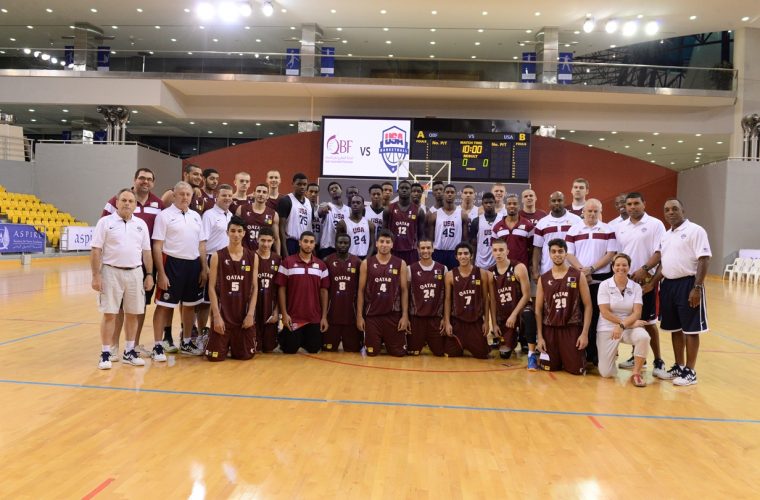 The USA U17 Men’s Basketball Team underwent an intensive training camp at Aspire Zone last week in preparation for the 2014 FIBA U17 World Championships now taking place in Dubai.

The squad participated in multiple training sessions over the three day period and two practice matches, taking advantage of the world-class facilities and services on offer at Aspire Zone. 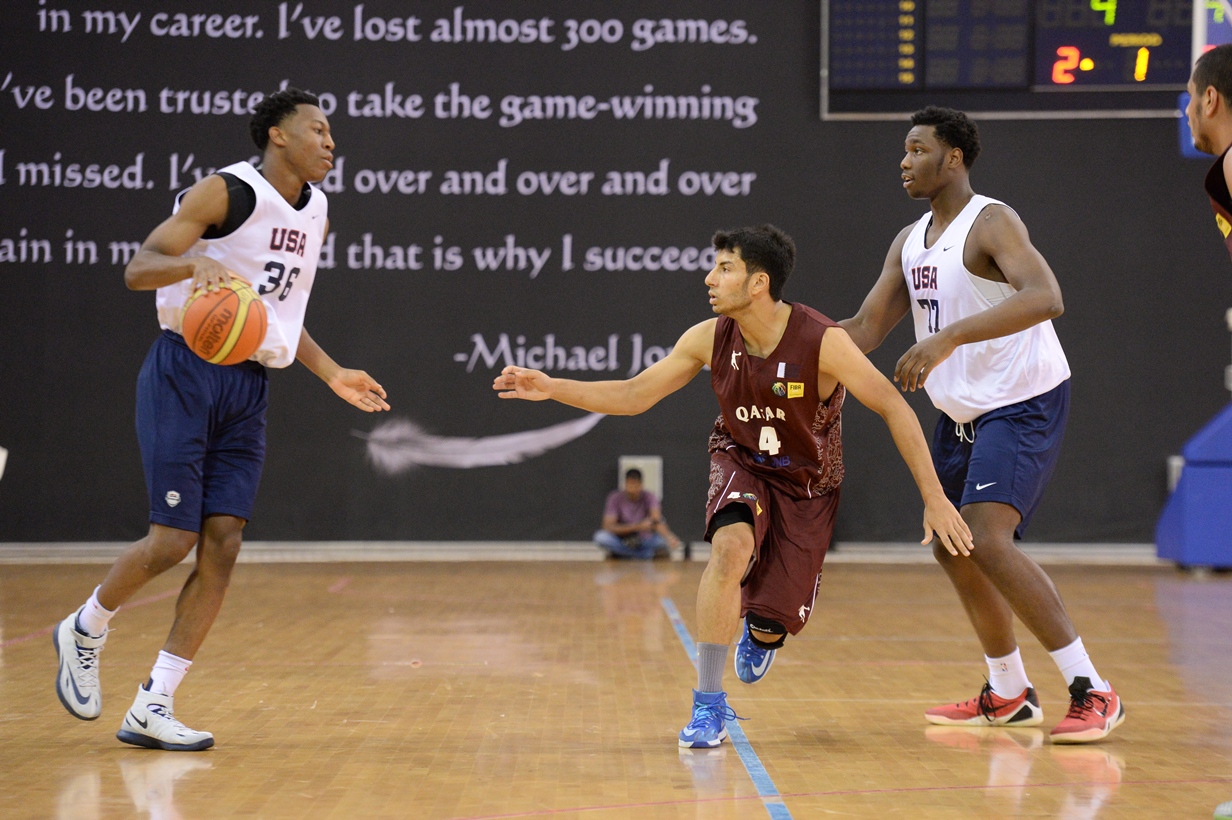 It was the first time that the team had visited Qatar, and Head Coach Don Showalter praised Aspire Zone, saying: “The facilities are tremendous, and Aspire is as nice anything we have back home in the US. Our hotel, The Torch, is unbelievable and our players really enjoyed the whole experience.”

The talented young sportsmen, who could be potential stars in the NBA within two years, played in a series of friendly matches against two local teams, including the Qatar U18 Men’s Basketball squad. 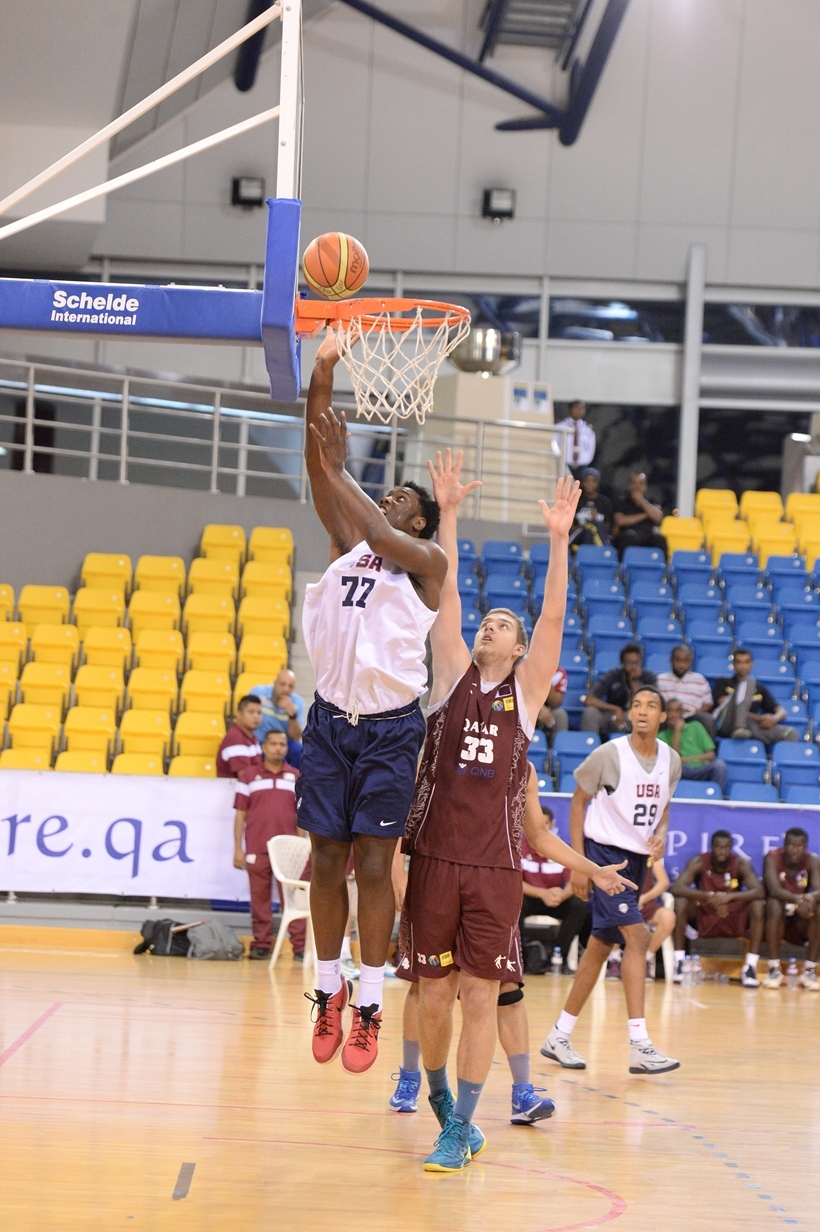 Showalter commented on the quality of the opposition: “I was impressed by the level of playing from the Qatar U18 team. They gave us a lot of different things we needed to work on and they played very hard. I thought they were very well coached, they knew what they were doing on the court. It was a very good team.”

The matches also served as an opportunity to showcase the visiting team’s incredible skills and abilities, and spectators cheered on the players as they battled it out on the court.

The training camp served as preparation for the 2014 FIBA U17 World Championships. The USA team is the two-time defending champions, and is again one of the top favourites at the prestigious tournament. Prior to the competition, Showalter said: “There are a few small things we need to work on. Just put pieces together. But I feel like we are right where we need to be going into the World Championships.”

The training camp has demonstrated its benefit with the USA winning its opening match of the World Championships 83-73 over Greece. 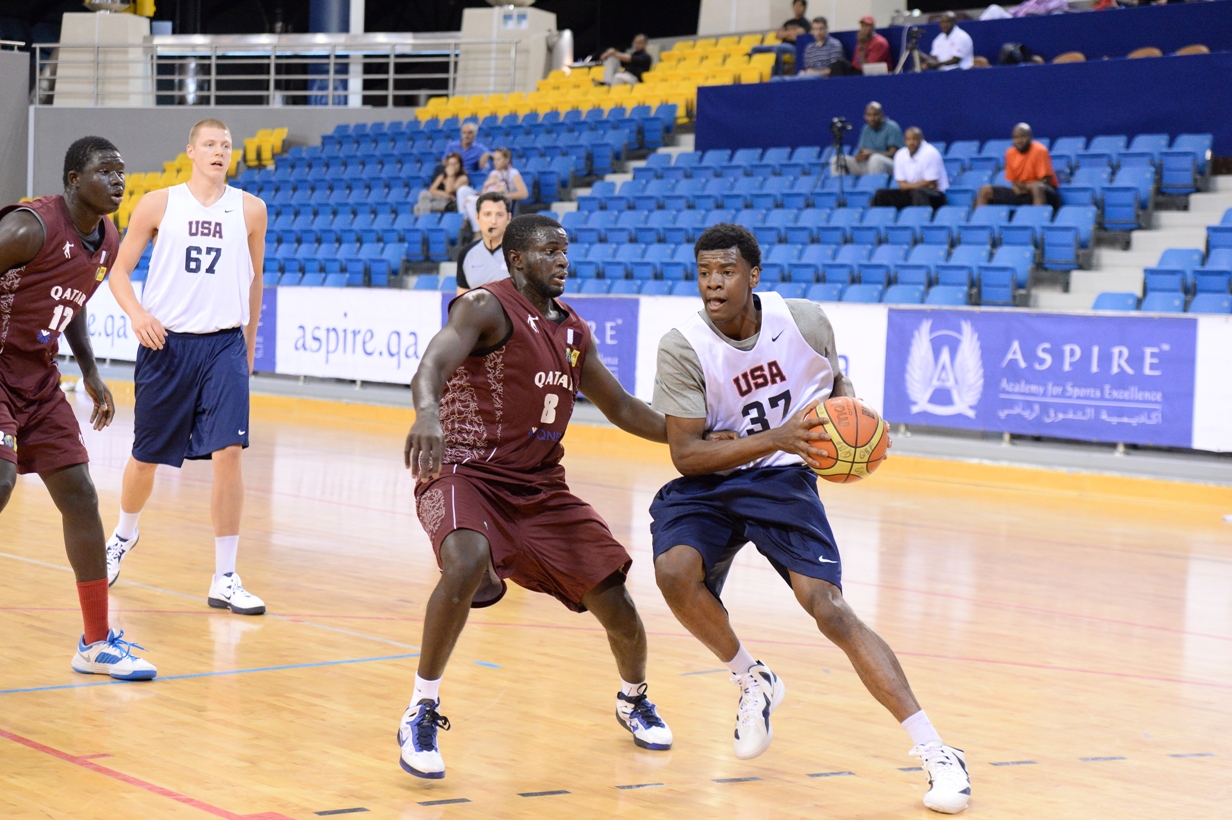