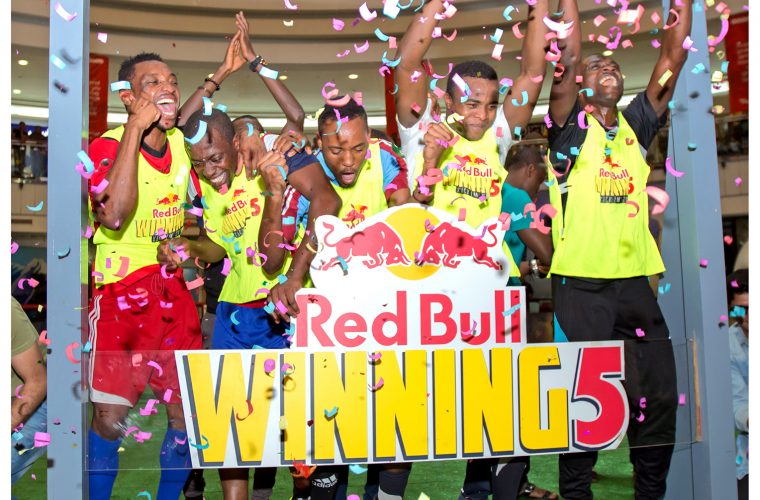 When it comes to soccer, passion, determination and the love for the beautiful game are the ultimate drivers that push any soccer team to give it their all, so they can reach to the top. Favour FC have done so, and with their unmatched team work they have claimed their title as Red Bull Winning 5 2015 Champions, making them the unbeatable 5-man team of Qatar!

The national final was held last Thursday, October 1st, at City Center Mall’s Ice Rink where pounding adrenaline from thousands of excited spectators filled the arena, which had been converted into a soccer pitch. Favour FC, who won the final match against Lo Spaghetto Team, are now getting ready to head to Abu Dhabi, UAE, as VIP guests to watch Red Bull X-Fighters on the 30th of October.

The Red Bull Winning 5 soccer tournament is a fast-paced game for participants above 16 years old, where two teams of five players each play 10-minute matches with no goalkeepers. Each goal earns the scoring team the right to kick off a member of the other team. The last men standing on the field get to play against the next competitor, until the final round of each qualifier determines the winner that will go to the national final. 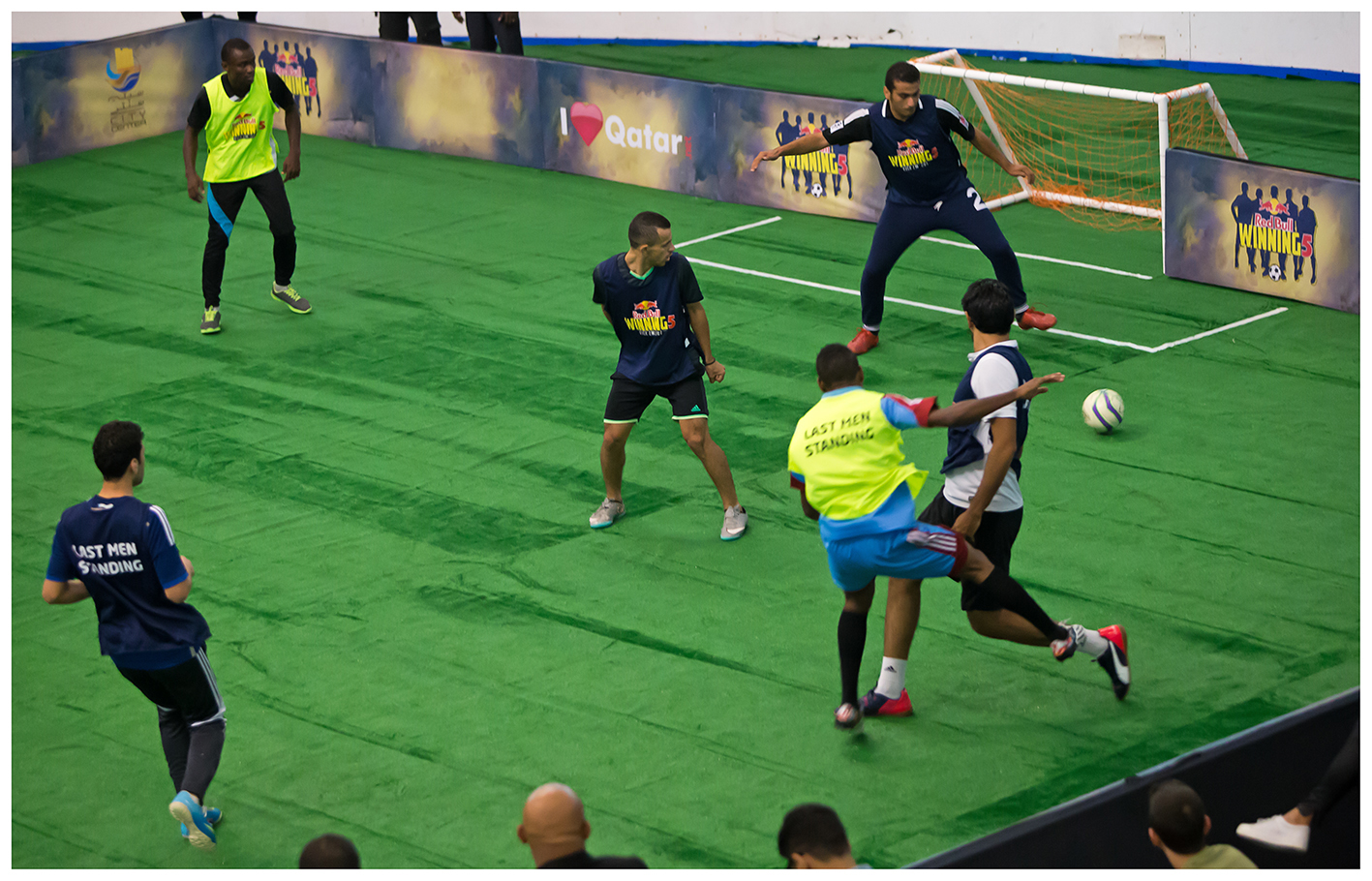 An impressive and unprecedented surge in Red Bull Winning 5 tournament registrations raised the total number of this year’s entries to 240 teams, as compared to last year’s 146 registered teams. A survival mission made Favour FC the national champion of Qatar, while Lo Spaghetto Team came in second place. The skilful footwork and competitive soccer spirits of Qatari youth who made it to the finals were remarkable.

This is the third time since 2013 that Red Bull Winning 5 makes a return to the nation that will host the World Cup 2022, and included partnership of Qatar Stars League, Sadd Sports Club, City Center Doha, Virgin Megastore and Media support of Qatar Living, What’s Goin’ On Qatar and I Love Qatar.