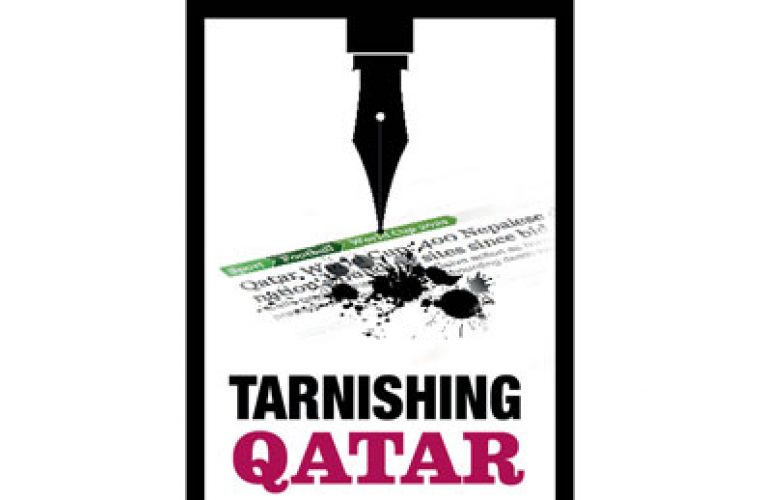 As the Middle East gets ready to host its first football world cup eight years down the lane, host country Qatar has come under harsh scrutiny of the international media and rights activists. Given the fact that the FIFA World Cup is watched by almost half of humanity, Qatar is aware that the stakes are high.

Since it won the right to host the 2022 event three years ago, Western media have looked for any excuse to use as a stick to beat the country with. The latest in their series of anti-Qatar reports was the disclosure of a “shocking number” of deaths among migrant workers from India and Nepal. The reports were proved wrong by the migrant workers welfare bodies of both countries, who quoted relevant facts and figures. It’s worrying that international media outlets that have a great legacy of unbiased reporting are coming out with concocted reports against a country.

It’s quite understandable that international media and human rights watchdogs will put Qatar under the scanner in the run-up to the global sporting event. Qatar is not touchy about criticism. It has a history of dealing with turbulence in politics related to international sporting events in a dignified and calibrated manner. But there is a section of people who believe that the international media is bullying the country. Some believe they are acting at the behest of a “vested interest lobby”, putting their credibility at stake. It seems Qatar is facing the same “disrespectful prejudice” that South Africa endured in the run-up to the 2010 World Cup.

This is not to say that everything is perfect with Qatar. This region’s construction sector is not as mature as in some developed economies.

On the Qatari side, the country faces a serious PR crisis. It doesn’t have a single-window facility to counter baseless charges levelled by the international media or to address concerns raised by international agencies. As cyberspace is bombarded with half-truths and lies about Qatar by “interested parties” on a daily basis, Qatar is facing it almost with silence. Yes, it is wise not to over-react to baseless criticism. But Qatar’s silence is often misconstrued as admission of guilt.