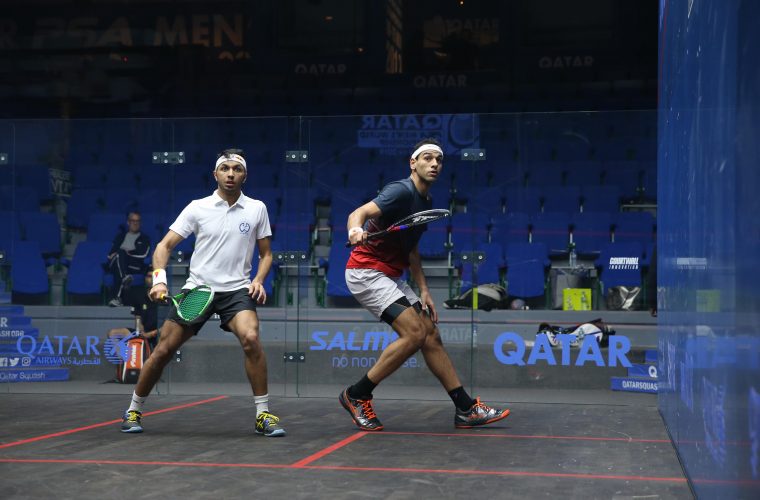 Squash fans have every right to be excited, because the 2019 PSA Men’s World Championships are set to take off on the 8th of September, here in Qatar. This year, instead of the annual Qatar Classic, Doha will be hosting the PSA Men’s Squash World Championships. Top contenders from all around the world are preparing to go head-to-head for the title as they close out another competitive season.

Qatar’s very own champion and Red Bull Athlete Abdullah Al Tamimi is looking to make his comeback while returning to the courts competitively. Tamimi is confident in his performance as he prepares for a big home appearance.

“It’s great to be back. Physically, I am back in form after a year of recovery. Although I wasn’t ready to compete, the British and French Opens have prepared me well over the summer. I had Mohamed Al Shorbagy as my training partner for the past month, which was also very beneficial.”, says Abdullah Al Tamimi.

Tamimi has put great efforts into his preparations for the upcoming season. The Qatari is taking all the necessary measures to regain a significant placement at the Squash global rankings by the beginning of the upcoming season. And it all starts here, with the PSA World Championships.

I’m looking forward to a great tournament here. Hopefully, this will propel me forward as I prepare to move back into the top twenties early next season It makes all the difference when you play at home. You get to represent your family and friends, with everybody here watching and supporting. Hopefully, I can put on a good showing for them”. Says Abdullah Al Tamimi.

“I always love coming back to Qatar. The glass court here always feels like home to me. What makes this tournament unique to me, is that I won my first ever platinum event back in 2013, right here in Qatar, when I was just 21 years old.”, says Mohamed El Shorbagy.

After a momentous 2019 season, El Shorbagy has secured his position in second place at the squash global rankings. El Shorbagy believes that winning the world title here in Qatar would prove to be an ideal finish to an eventful year.

“I had my ups and downs in 2019, but winning my third British Open back in May was a major achievement. Now I’m going to try and win the World Championships next week, which would be the perfect end to my 2019 year. I have always wanted to win both the World Championships and the British Open in the same year. I hope I can play at my best next week to achieve that.”, says Mohamed El Shorbagy.

The 2019/20 PSA Men’s World Championship is to be held from November 8 to 15 at the Khalifa International Tennis & Squash Complex.