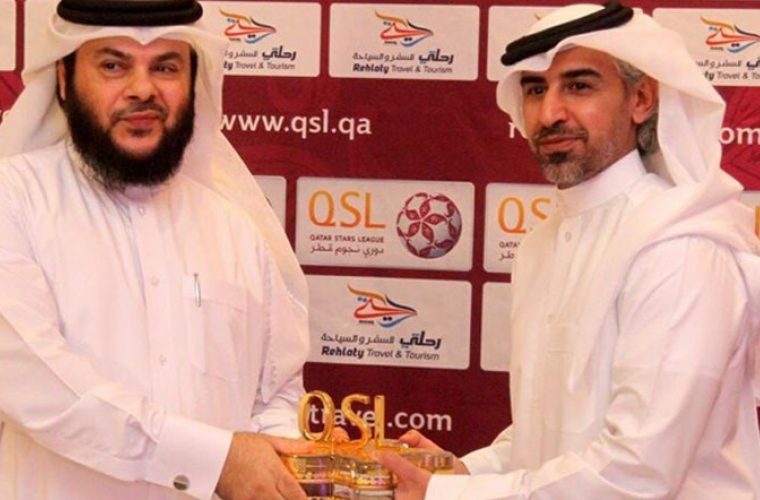 The Qatar Stars League (QSL) has signed a sponsorship agreement with Rehlaty Travel & Tourism company, which specialises in travel services. It is one of the distinct Qatari companies that offers tailored tourism programmes to international destinations inspired by a modern concept as well as providing quality events for sports tourism, family, therapeutic and training purposes, among others. Rehlaty was announced as the Official Travel Partner of the QNB Stars League.

This agreement aims to achieve common goals and provide the required support to meet the aspirations and fulfill the ambitions of both parties.

Rehlaty made a major achievement by winning the International Quality Award in Switzerland in 2018. It is the only Qatari company to receive this award, confirming that it is among the distinguished firms in the field of travel and tourism.

It also strives to maintain the highest standards of quality and safety, to achieve the welfare and benefits of its customers in their tourism trips and programmes, in addition to its renewed ambition in accordance with the vision of the State of Qatar, which aims to make tourism a major driver of economic growth, and attract more than seven million visitors annually by 2030, as part of its plan for economic diversification within the national strategy for tourism sector.

“We’re delighted to have signed this sponsorship,” said Mr. Yousuf Al Awadhi, Vice-Chairman of Rehlaty. “We’re proud to partner the QSL, which has been working since its inception to improve the performance of the Qatar’s Professional League apart from marketing football in the country as well as develop the economic and marketing aspects in co-operation with club companies.”

He explained that the company was a pioneer in the field of sports tourism and pay special attention to that, especially the outstanding packages to attend sporting events inside and outside Qatar, the last of which was the organisation of a trip for a group of fans to attend the European Super Cup 2019 Istanbul, as well as attending the ceremonial start matches of the Worldwide Leagues. Tickets for all matches will be sold at its branches or on website as per the agreement with QSL.

Mr. Hassan Rabiah Al Kuwari, Executive Director of Marketing, Sales and Communication at QSL, said, “We’re delighted to have Rehlaty Travel & Tourism as a sponsor of QSL. We’re proud of this company that provides outstanding services in tourism sector to its customers. All the best.”