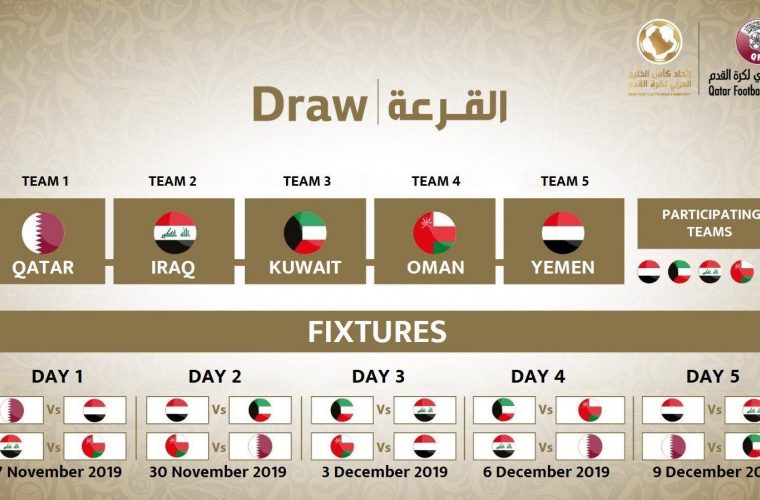 The above image shows the results for the draw for the 24th Gulf Cup, which will be played in Doha from November 24 - December 6.

Qatar will open the tournament with the first game against Yemen at the Khalifa International Stadium on November 24.

The draw held in the presence of representatives of the participating teams which are Qatar, Oman, Kuwait, Iraq and Yemen.

In a meeting Monday in Doha, the Competitions Committee of the Arab Gulf Cup Football Federation (AGCFF) approved that Khalifa International Stadium will host the 24th edition of the Championship which kicks off on November 27.

The committee also adopted the university stadiums to hold team trainings and said that a reserve stadium next to Khalifa International Stadium will be selected soon.

The Qatari national team is the best rated team at the international level in this tournament, where it is ranked 62 globally as a result of its excellence in the tournaments in which it participated in the recent period, most notably winning the title of the AFC Asian Cup in the UAE.